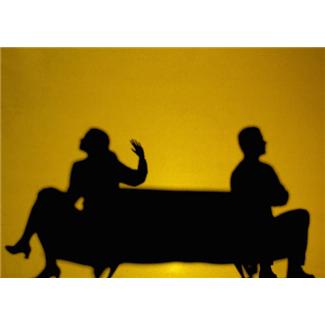 You made it through a first date, and a second. Now you’ve been seeing each other a couple of times and you’re thinking this might have real potential!   Hopefully, the relationship will be the one you always wanted. But as you continue to get to know someone, you’ll discover the good, the bad, and the unacceptable. Since dating is more a process of elimination than of selection,  most new connections dissolve after just a couple of dates up to six months.

Someone is going to get dumped, or do the dumping!

It’s not fun being rejected,, or having to reject someone, but who hasn’t been through it at least once?!  Even though you already know that neither you nor your ex-partner will be the ideal match,  rejecting someone, or being rejected, opens up the potential for at least one person to feel badly hurt.  If you aren’t really right for someone, the ending of a relationship is no reflection on  worth or desirability.  It’s simply one more step toward finding the right person who wants you just as much as you want them.

Is there really a method of “dumping for dummies?” There really isn’t a foolproof, easy way to let someone down.  But here is some basic advice to help ease your way, whether you’re ready to tell someone they’re not the one for you, or you’re hearing that news in return:

How To End a Relationship:

If you are the one who has decided to end a relationship, you can do it directly (like pulling off a band-aid). But if that’s just too harsh, you can execute a “slow fade.” You’ll know if someone is doing this to you, because those nightly calls become shorter and less frequent. S/he will begin to find fault with you even on little things. Dates will be broken more frequently, along with promises. Unless you are in denial, you’ll eventually begin to see the pattern. You’ll know what’s happening, even if you can’t do anything about it.

No one likes being rejected.  It’s going to hurt. But it hurts more if the bearer of bad news isn’t nice about it. First, despite the squirm factor involved, a breakup should be done in a personal way (not by text or email or on Facebook). The kindest way to break up with someone in person is to do it in a private, quiet location, not in a public place.  Plenty of drama has occurred surrounding breakups in restaurants, parking lots, and just about anywhere else where the news is bound to cause a public scene.

If you’re going to break up by phone,  ask if your soon-to-be ex is alone and available to talk. It is really unkind to deliver this kind of news when the entire family is sitting down to a holiday feast, or when s/he has just lost a job or is feeling bad already. Delay, until you can give the person being dumped the courtesy and dignity to handle what they’re going to hear.  When you do lower the boom, be clear and be kind, but don’t back down. You might start by staying you enjoyed your time together, but you want both of you to find the right people, and you feel you need to keep looking. It’s generous to say nice things about the person’s good points and wish them love and happiness. Don’t suggest: “we can still be friends.” Maybe at some point you can be, but that’s not what they want to hear right now. If you get anger, tears or pleading in response, listen, but remember that you had a reason to break up with them. If that reason is still valid, taking them back out of pity or guilt,  won’t get you (or them) where either of you want to be!

Want to know the most common and classic breakup lines? Some of them are:

You deserve better than me
My life is too complicated right now
It’s not you, it’s me
We have too much of an age difference
I’m not attracted to you in ‘that’ way
I am back with my EX (or I’m in love with someone else)
I need to concentrate on my career right now
I’ve decided to swear off men (or women)
We just work better as friends

When You’ve Been Dumped:

The longer you have been in a relationship and the more emotion you have invested in it, the more it normally hurts to be dumped. This is particularly true if you thought the relationship was going well and you didn’t see the rejection, coming. Your first reaction might be to try and get this person to take you back, but whatever compelled this person to end the relationship with you will still be there. You’ll likely to be back on the chopping block, yet again.

If you really cared for this person, being dumped can unleash a lot of grief and anger. Revenge is never constructive. Keying someone’s car, slashing their tires,  throwing all their things out the window, or other childish displays of pique, won’t change things for the better– including your ex’s feelings about you. It will just reinforce their conviction that dumping you was the correct decision. Instead of getting upset, keep in mind that you can’t make someone love you and this person just wasn’t the right one for you.  Your special someone is still out there, just waiting to meet you. The immediate pain will fade even though you feel like it never will.  Don’t let anyone victimize you into staying home and feeling sorry for yourself, for long. You’ve just crossed one more person off your list who obviously wasn’t worthy of you and wasn’t right for you.  When you’re ready, you will dust yourself off and find someone better. You are now one step closer finding the right one — not just any one!

Do you have stories about being dumped, or dumping someone that you can share with Leather and Lace? We’d love to hear them and share them with our readers, too.

Submitted by Alison for leatherandlaceadvice.com