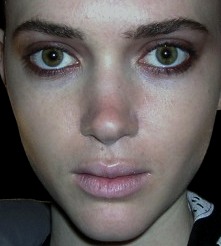 I made a mistake and I feel awful, but I am going to fix it!

I Made Mistake and I Feel Awful. How to Effectively Say I’m Sorry With Grace and Class

Oh NO! You’ve blundered! What can you do to own up to your mistake without making things worse? How will you recover your dignity and repair your damaged credibility?

First, stay calm.  The world will not come to an end even though you’ve done something stupid (or at the very least, misguided). We have all been there done that! No one is perfect.

Actually,blunders (big and small) are learning experiences that can give you important insights about yourself and make you a better, stronger person. But you do have to take responsibility for what you’ve done. The worst thing to do when you make a mistake is to deny you made it, or cover it up by by offering in insincere apology or worse, make an excuse, joke about it, or blame something or someone else.  Admit the error as soon as you’re aware of it and sincerely apologize (it’s like pulling off a band-aid–first it smarts but then there’s relief). As a follow up, if it’s appropriate, ask for an opportunity to clear up the error as best you can, or make it up to the person in some other way.

Some people view admitting a mistake as the ultimate loss of control but “fessing up” to an error is a testament to your character, courage and strength.  You can do it!  The sooner, the better.

If you’ve made a very serious mistake, showing genuine remorse is absolutely necessary. “I’m sorry” is just not enough. Make sure the you verbalize how badly you feel that you’ve caused harm or suffering, and pledge to do whatever is humanly possible to make things better. In cases where there isn’t any way to make amends, all you can do is show your deep regret, and vow never to repeat the mistake again.

Most people really do feel emotions ranging from fear to guilt, shame, and even, humiliation after they’ve done something wrong, and it takes a while for these feelings to fade. Hopefully you’ve apologized, made amends, and your apology was accepted. If you still squirm every time you think about what happened, you haven’t resolved the issue, adequately. Forgive yourself, and focus your attention on positive things you can do to boost your confidence and self esteem.

This all sounds easy, and sometimes it isn’t, but while it’s hard to openly admit an error, a lack of judgment, an uncalled-for action, a thoughtless or tasteless remark, disrespectful or illegal behavior, or a poor performance that has caused a negative result, refusing to accept that you’ve done it undermines your integrity and self-respect at a time when your self-esteem and confidence are already shaken. Admitting to a mistake and accepting the consequences proves to yourself and those around you that you are decent human being, and that you are ethical and compassionate enough to feel terrible.  The acceptance and apology sets the healing process in motion.

Ultimately the best damage control is to learn from the mistake and not not repeat it.  Even a huge mistake doesn’t wipe out a lifetime of good deeds, thoughts, and actions. So be the good person you know you are. Volunteer, be extra helpful to someone, focus on friends and family, and renew your positive feelings.

If you are on the receiving end of an apology, you are not obligated to accept it, but be as understand as you can, remembering that no one goes through life without making some errors. You already know the person who made the mistake feels bad. Holding onto your anger and focusing on the mistake to the point that you lose sight of the other person’s value is hurtful and unprofessional. However, if someone makes the same mistake over and over,  followed by a string of “I’m sorry’s” (but who never learns from his or her actions) this is probably someone not worthy of continual forgiveness. Someone who is truly regretful and strives to learn from his or her mistake, is.

Submitted by Alison for Leatherandlaceadvice.com