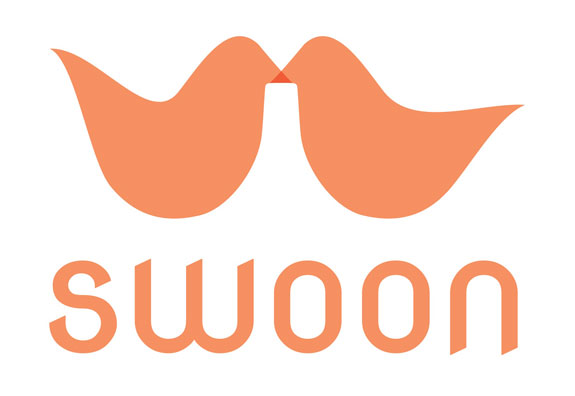 What does the word: “Swoon” mean to you? A bodice ripper romance? It’s an emotionally charged word, for sure. SWOON can mean many things. For instance, swoon means “to feel faint with joy: to be overwhelmed by happiness, excitement, adoration, or infatuation.” It can also mean to ” a sudden and usually brief loss of consciousness.” But the most modern description of Swoon, is of a new, social app that’s especially fun for the girl who is “single and looking.” 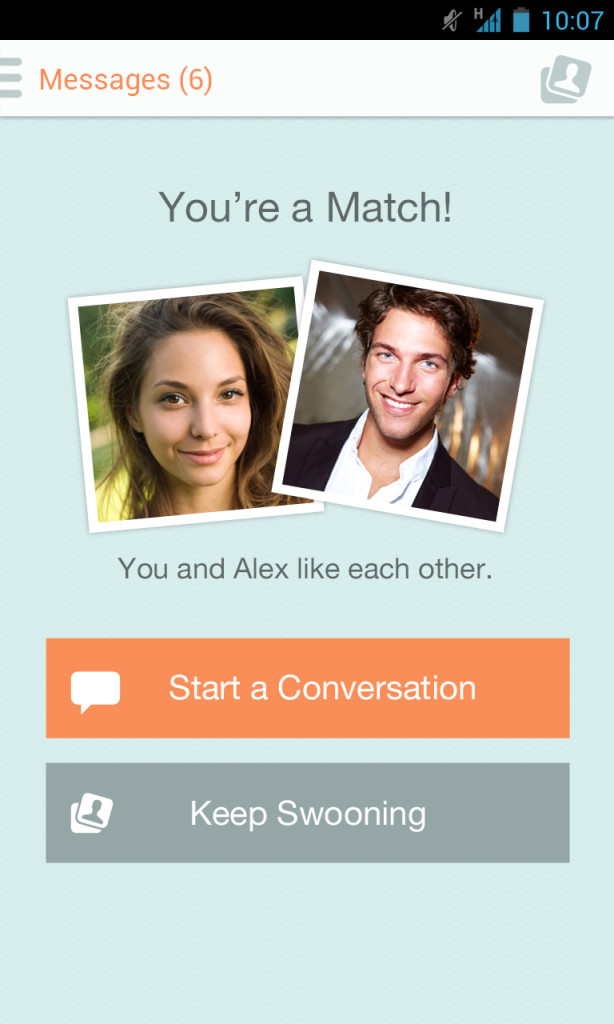 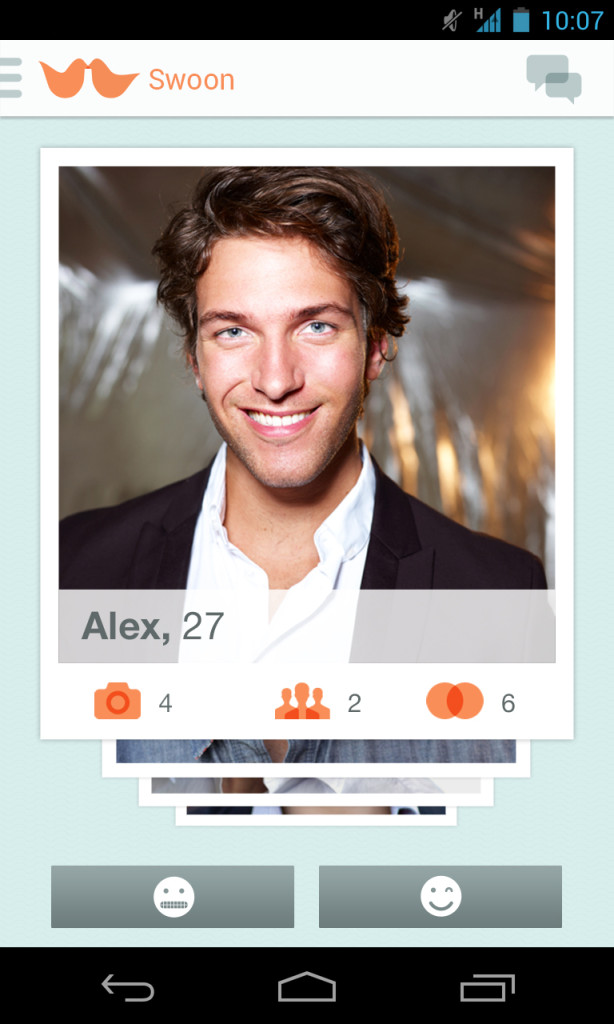 Swoon harvests information (anonymously) from your Facebook profile, and from those of men and women in your age group (best to be honest about how old you are). Designed mostly for women by women, it’s a safe, easy and fun way to learn whose hot (and whose not) in your area, for dating, fun, or whatever it is you’re into. And like that, it’s as easy as a flick of the thumb to decide on turning a virtual relationship into a face-to-face meeting. As it was described to me by Molly Messenger, Head of Product for Swoon at the re-launch, women find online dating kind of intimidating, but Swoon lets them see whose out there and accept or reject without a lot of sign ups, fuss, and fanfare (not to mention, time). You don’t have to load a profile or a photo, because Swoon picks them off Facebook (where the creators already assume most people are connecting). You download the app (I got mine in seconds from the Google Play Store for my Samsung Galaxy S4 –and of course it’s on iTunes for iPhones). Then you simply connect your Facebook profile to the app, and you’re ready to use Swoon. From start to finish this took less than 60 seconds.

Once you’re on Swoon, the fun, begins. You are presented with “photo cards “of different people using the service, complete with their main photos and optional additional photos, and some information about their interests. Again, it is anonymous at this point so there’s no commitment. If you like a photo, you can swipe to the right and if you don’t like them, swipe them to the left. A grimace face or a smiley face lets you show your interest, or lack therof. A new fature lets you get a guy back if you rejected him too fast (and that’s a lesson for in person dating as well–don’t judge too quickly or you might miss someone special). You can check out additional photos if they have them (one guy had a photo of his really cute golden lab that we would have been happy to take for a long walk). If the person you liked sees your profile and likes you back, it’s a match. The app tells you how many mutual friends you have with potential matches and it’ll also highlight shared interests, again which it knows since you connect Facebook, but it’s safe and anonymous until you make a connection and want to move it forward.  This is something great for girls who otherwise might not consider the internet to be a safe or decent place to find a date.

Then you can connect by text or other means as you go along, just as you would on any dating website. But the thing that makes this so compelling is that it is so quick and easy. It isn’t any more effective than filling out an online profile, and it is a whole lot faster. For the excitement and fun factor it’s worth the free download even if you’re not really in the market.

The idea really isn’t new at all, It has roots in “Hot or Not”? Launched in 2000, “Hot or Not” was the original social network, where users were presented with a picture and a single choice — whether this person was hot, or not? The idea was so exciting, even Facebook’s Mark Zuckerberg was influenced by it, creating a similar version of the site using photos his Harvard classmates, when he was in school there. The thing that made Hot or Not, and Swoon, so enticing, si the simple and yet very empowering way you can accept or reject a potential date, in the blink of a swipe of your finger.

At the launch, The founders of Leather and Lace, Alison and Tony, were sitting at a round table interview with Molly Messenger, Head of Product, and Christy Albright, Head of Marketing. A group of young, female bloggers were also there, giggling and rejecting guys faster than you could down a tequila shot– and having a great time with Swoon. If rejecting someone solely on the basis of a Facebook profile photo (and believe me, some of those were pretty bizarre), and it it sounds a bit cold, and shallow, it is, kind of. Swoon is at first, purely visual. It favors the young and beautiful, and those who take nice photos and have a lot of Facebook friends (because Swoon will show you if you have friends in common with a guy, and even if you have shared interests). It might not be the only way to meet someone, but it’s fun, and who knows? maybe you really would find someone who finds you too, and a match will be made?! If you’re sitting, say, in an airport or a restaurant or bar away from home, you might just find someone close by to share a drink or coffee with. You may not meet your match, but you’ll enjoy the time you spend with Swoon. It’s addictive.

The Swoon app is part of a larger initiative by the social network Tagged to branch out into standalone apps. Tagged, founded in 2004, has more than 300 million members and calls itself “the social network for meeting new people.”

Do you want to Swoon? Go to the Play Store or iTunes, and download the app!