I’m a graduate student in my 20’s. A few months ago I met another graduate student and we hit it off.  We were spending a lot of time together and I really felt we had a connection. But I admit I’m inexperienced with dating and relationships. After a couple of months of flirting we began dating but in a couple of months she pulled away. I got really clingy which I know was a mistake. I told her I was in love with her and I did goofy things, especially when it came to sex. I always meant well, I really liked her and I’m sure she knew that. But then she ghosted me!  When I called her she said ok, she’d be friends and that she would see how it goes. I really didn’t have the chance to apologize for the stupid things I did and said and I think she’s probably moved on, but I really want her back as my girlfriend. Do you think I have a chance? 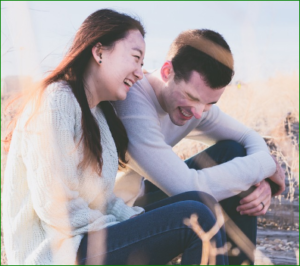 we used to be a couple, but now we’re just friends

For men and women under 30, it’s a period of rapid emotional growth and change. This is a time when you’re establishing a life on your own.

Try to make her understand that even though you are now just friends, you will continue to show her affection because, without affection, any basis for the original relationship will be gone.

Yes, people re-discover themselves after a number of years. A man going into the military or having a successful career boost his ego and makes him a better and more considerate person. Like

Likewise, a woman doing the same things develops the worldliness necessary to be an adult and have adult relationships.

If they love you the same way things will eventually come back together.

Tony is romanticizing this situation and this time I really don’t agree with him.

Love can make people do crazy things to get someone’s attention, or because they are inexperienced and simply can’t control themselves.

But Peter, I don’t think you’re going to get your girlfriend back. It’s not because of anything you said or did, but because you were dating, but you never really left the friend zone.

But it would be a mistake to take it as a sign she wants to be your romantic partner,

I am always fond of saying, dating is a process of elimination more than of selection.

You immediately fell hard for her, but she quickly realized that you weren’t a good romantic partner for her so she moved on.

You can’t make someone want you romantically you just because you want them.

At least this girl that you like so much likes you enough to want a friendship with you. I suppose there is a remote possibility that as you both continue to get to know each other you will form a romantic relationship.

Will she take you back as her boyfriend?

You are friends, While you are wishing and hoping, you will be wasting opportunities to meet someone who really is a better match.

So see this is a positive learning experience.

Hopefully, you have learned that taking things slowly in a romantic relationship lets you become comfortable with each other so that if things do occur that are awkward, they are forgive-able.

Note that “ghosting” someone is a nasty way to end things but at least you took the initiative, called her and you opened the lines of communication.

It takes time, effort and sometimes, a bit of luck to find the person who wants you as much as you want them.

Next time let the relationship slowly mature, keep your cool, and see where it goes. 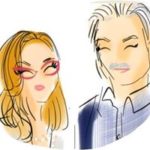 Who is right? Alison or Tony?

Have you ever been part of a romantic couple and then kicked to the friend zone, but you re-kindled the romance?

Tell us about it!