Dear Alison and Tony/Leather and Lace:  I’m a 30 year old teacher and I’ve been around a bit, but I’m completely thrown by this :   I met Pedro six  months ago. On the surface, he’s everything I have wanted in a man: he shares my interests, he’s very smart, we have great sex, he’s open with his feelings and a good communicator and he even likes shopping!   A few nights ago,  Pedro told me that he had something very important to tell me, and then, to my shock, he handed me a handwritten “rap sheet”, with some of the things he’d done in the past. I couldn’t believe what was on that paper! Pedro has been arrested more than 15 times over the past eleven years for everything from drunk driving to armed robbery.  He was convicted and did a few years in jail for some of these crimes. He swears that his criminal behavior is all in the past, and that he’s been out of trouble for the past six years and that he has gotten his life back together. While I give Pedro points for courage and honesty, I don’t know if I want to be with someone who has such a checkered past. If Pedro hadn’t told me about his “priors” I never would have suspected, but he isn’t the man I thought I knew. I’m upset and horrified and  wondering if I should break up with him. What do you two think?

Alison’s Take:  Pedro’s news is quite a bombshell and I question the way he presented this information to you, but I give him points for caring enough about you to come clean, even at the risk of losing you (see our reader question “Losing Sleep Over the Lies I Told”). However, that doesn’t change the fact that this new information has lifted a deception and forever changed the way you view this man.

Six months is a drop in the bucket when getting to know someone well. If you really care for him, take the time to get to know him better, over a lot more time. It is possible that Pedro has learned his lessons and is a truly reformed man. But it is also possible that Pedro has a criminal personality that will never change.  And prison does change someone.  If you doubt this, consider the Netflix hit series, Orange is the New Black. and how the relationship between the lead character and her fiancé changed within months of her entering prison (and that was only for a short sentence).

If you are not so repelled by what you’ve learned that you are ready to bail right now, you will need to check out the details of his past and present very carefully. Don’t do this behind Pedro’s back, but tell him you want to know the full extent of his past actions in order to feel safe and secure moving forward. You need to also know that he will not become angry and violent against you when things don’t go as well (as they are, right now). Find out about Pedro’s past relationships. How and why did they end? Don’t take Pedro’s word for it,. Ask his ex girlfriends and friends. Find out about Pedro’s job history because his “record” follows him around, even now. Some women faced with this situation might even hire a  private detective to “check out” Pedro’s story.  If he has really reformed, none of this should be a problem, but if he gets angry or defensive, you will know that it is time to bail, right now. It’s your life!!!

I’m sure Pedro knows his news has upset you profoundly, and he’s  probably wondering whether or not he will lose you. You need to be honest with him (as he has been with you). Tell him that you care for him and that he makes you happy, but you are concerned about issues that will impact his future, and yours.

Keep in mind that dating isn’t a politically correct activity. It takes a certain type of woman to accept a man with a past like Pedro’s, but even people who have made big mistakes deserve love.  If Pedro’s story checks out and you feel you can live with his past, at least you can make a decision based on facts.

Tony’s Take:  I admit, you are between a rock and a hard place, but probably not for reasons you think.

We all do stupid things when we are young, the question is do we get older and wiser.  You do not mention his age but it is important, if he did these things before age 25 he was young and dumb and ran with the wrong crowd.  If he was over age thirty it is a whole other thing (you do really need to know everything about that period of his life so you can figure out what happened and will it happen again).  The important thing here is that he has been “clean and sober” for six years, which says a lot of positive things for his character, and when it became obvious you were serious he “came clean” and showed you all of his dirty laundry, another honorable act.  Yes his experiences could make him harder, rougher and more violent, but you would have seen some indication of that in his personality and the really rough part just after he got out of prison is long over.  Judge him for who he is now.  Does he have a steady job, is he responsible and does he have a future?  Does he treat you well, is considerate and kind?  Is he generous when he can be?  If he is jealous or angry that is bad, if cheerful, compassionate, understanding and helpful that is good.

Your primary problem is that as a teacher if you marry him his background affects your employment (in many states you must inform school officials if the legal status of any family member changes which means they would know about him and possibly fire you).  Therefore a rather long engagement would be in order so you can start straightening out his life legally.  In many states there are forgiveness programs which allow low level felonies and misdemeanors to be expunged.  Many unions have low cost legal help so consult with a lawyer about cleaning up his rap sheet, each entry you get removed is a victory.  Ultimately when you marry have him take your last name (which is legal), it prevents “casual” enquiries from bringing up his priors as certain companies maintain private databases of convictions for corporate screening which are a miserable experience trying to get corrected.

Your main questions are:  do I love and care for this man enough to put in the time and money necessary to make him someone I can marry,  and do I trust him enough to treat me well and be truthful with me and not go back to his previous life, no matter how stressed out he becomes?   The ultimate problem here is you no longer implicitly trust him even though realistically he has given you personally no reason not to trust him.  It is the lack of trust which will stress the relationship and may ultimately break it and send him back down the slope.  Can you be big enough to accept him as he is, giving him the benefit of the doubt, not throwing his past back up at him?  Whether this works is up to you and the initial indications are not good because you are taking this as a personal insult, as opposed to trying to help and understand a man that you love. 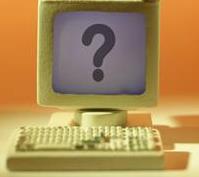 HOW WOULD YOU HANDLE THIS ISSUE?  We hope you’ll share your thoughts in LEAVE A COMMENT below, and click YES or NO in our POLL on the right hand side of this page. And most of all, while this reader question may not be relevant to you, maybe it is to someone you know, or another probable or issue is bothering you. Why keep it inside?  We’re here to help, and we can’t read your mind (but we can read your email).  If you’re worried about someone knowing it is you, please be assured that we treat your privacy as we would wish ours to be treated. (our privacy policy). Details from reader questions are completely changed (the main issue remains) so no one will know it is your letter.  We stake our reputations on it! We can’t help you if we don’t hear from you. You can’t move forward if you don’t make a move. This is the moment to take action!