How Can I Deal With Someone Who is Always Late?

Dear Leather and Lace Advice (Alison/Tony): My boyfriend is always keeping me waiting. He is an amazing man in every way except one — he is incapable of following through when it comes to matters of  time.  Firm schedules just don’t seem to have any meaning for him.  My boyfriend will say he will meet me somewhere and then he’ll show up sometimes more than an hour late, while I wait –literally fuming with frustration  Doing that to someone is, to me, a  sign of disrespect, but I don’t think he sees it that way.  But he won’t even text or call to tell me he is going to be late –so I don’t know how long I am going to be stuck somewhere, just waiting. Another example that continually frustrates me is my boyfriend’s telephone etiquette.  When he says he will call me  in 15 minutes, sometimes I will be waiting hours for his call.  When he doesn’t want to be found, he won’t pick up the phone at all, even if we had plans or we had planned to talk about something. I can’t tell you how many hours I’ve wasted just waiting, when I could have been doing something more useful that I needed to do!  The problem is made worse by the fact that  I am incapable of being late or promising to do something and then not following through.  So this behavior of his doesn’t just irritate me, it makes me feel disrespected as if my time has no value to him. When I tried to explain this to my boyfriend, he really did not understand why I was so upset.  Can’t he see that it’s unfair to waste literally hours of my time each week?  Doesn’t he see that when you promise something and then don’t do it, trust fades?  I really love this man, but I’m disappointed that I can’t find a way to work this issue out to the satisfaction of both of us. Your help, please?

Tony’s Take:  So you are asking Alison and me about how to deal with someone who is always late??  Well, Mea Culpa., mea maixima culpa. For those of you who don’t know Latin, this translates to:  “I have sinned. I have really sinned.”

In your boyfriend’s defense, there are a group of related occupations which are basically cerebral. One spends a great deal of time constructing a different reality in their head which they then turn into a work product.  for example, you are a programmer the product is likely to be a program. If you are a physicist, a new way of looking at matter, space or time,  If you’re a chemist,perhaps it is  a new material process, or drug. Since this group lives in their head, time flows at a very different rate for them than it does for the rest of the universe.  When they are working out a hard project they drop in and out of the real world at random intervals which makes connecting with real world time, even harder.

As a woman or man who loves someone like this, you are earning your points in heaven. The best way to moderate this behavior is to go to where they are and literally drag them to the location where they need to be. Do not worry about disturbing them —  they will hardly notice the change of location. Please note, despite how cerebral these types are, touch conquers all.  If  you fully want their attention you need only intrude into their personal space to get as much attention as you need.  Note that they will be happier and you will be happier.

Alison’s Take:  Tony’s response might make sense to him, but I feel for anyone who is kept waiting needlessly.  Someone who keeps  you waiting for more than 15-20 minutes with no excuse or communication is telling you in so many ways that his time is more valuable than yours.  It’s a way for this person to control you and make you feel frustrated and helpless. Merely shrugging and saying “well, that’s the way I am” is absolutely no excuse.

Not everyone lives in his or her head to the degree that Tony is suggesting, and might resent being treated like a two year old.  Furthermore, it is not practical or in some cases, advisable (as Tony suggests) to personally and physically,  invade someone’s space, especially in their own domain(s).  This technique might work if you live close to your boyfriend, so you can quickly get ready for your date/appointment and then just pop by his house or apartment and stand there until he is moving in the right direction (that would be fully dressed, and out the door).    If  Tony’s advice is appropriate and works for your boyfriend, fine.  But if your boyfriend does not respond to this kind of treatment, or you already know that he is going to be resentful if you stand over him, I suggest you call him fifteen minutes or so before you are supposed to meet, and tell him that you are at the location, or will be there soon.  If he is more than 15 minutes late without calling, texting, emailing with a valid excuse, you are going to go home. In addition, if you know your boyfriend is habitually and significantly late, tell him to meet you half an hour before you intend to be there.  He may still keep you waiting, but perhaps he will be the one who has to wait.

Barring that, a little white lie never hurt a habitually late person.  Schedule your dates for an hour before you really intent to be somewhere. Then, if by some miracle, he actually arrives on or close to schedule, he can learn what it is like to waste his  time sitting or standing around, wondering where you are, and waiting..waiting..waiting for you.

If nothing works and your boyfriend doesn’t change, it might be time to  find someone else to be with you respects you and your time.  You only live once. You don’t want to waste it!

I was a lonely soul
I had nobody till I met you
But you, keeping me waiting, all of the time
What can I do?

(The Kinks, “So Tired of Waiting for You” written by Ray Davies) 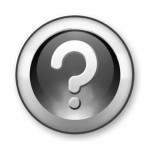 WOULD YOU WAIT MORE THAN HALF AN HOUR FOR SOMEONE WHO IS LATE?  TAKE OUR POLL ON THE RIGHT HAND SIDE OF THE COLUMN, JUST CLICK YES OR NO AND SPEAK YOUR MIND WITH YOUR COMMENTS AT THE BOTTOM OF THIS PAGE. WE WANT TO HEAR FROM YOU!