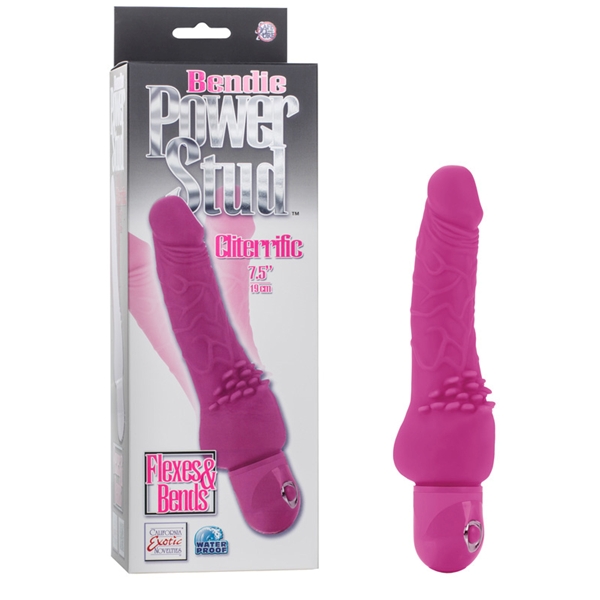 Freud might have insisted that women had issues due to penis envy, but frankly, any woman can have something just as good or perhaps, even better to satisfy her, thanks to modern technology.  Consider, for example, the Bendie Power Stud Clitterific by California Exotic Novelties

This adult toy takes what some say is the best part of a man, and makes it just a bit better. At 7.5″  it is larger than an average man’s 6″ erect penis and it is also about 60% larger around (in other words, thicker) than a male member of similar size.  It’s made of soft, unscented, phthlate-free silicone, and it’s waterproof. 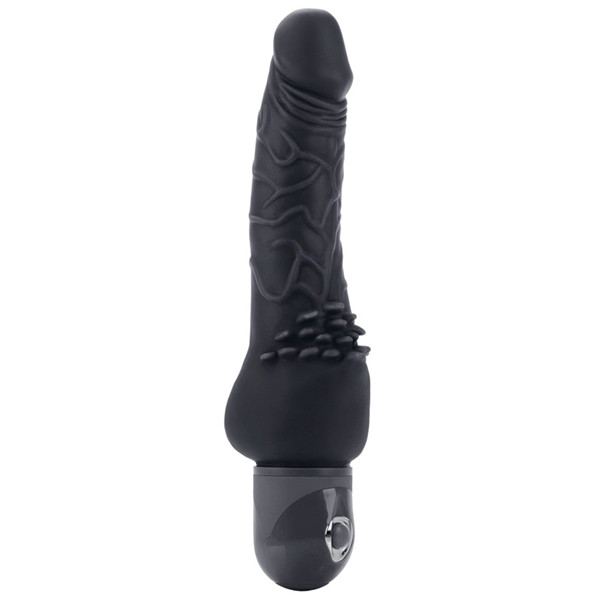 It is fairly powerful and has almost no noise, so you can pack is as your ” pal” on a dreary weekend to somewhere you don’t want to be, and one will be the wiser. It powers up with  two AA batteries.

This is a simple vibe with some fun bells and whistles.  If you are looking for an addition to your adult toy collection, this one comes in black, pink and purple and will be a welcome addition.  So bring this vibrating “stud” with plenty of power home to play with you.

t $14.50 he’s a “cheap date” –and you don’t even have to listen to his boring conversation.  Just toss him in a drawer when you’re done with him.

Penis envy? I don’t think so!