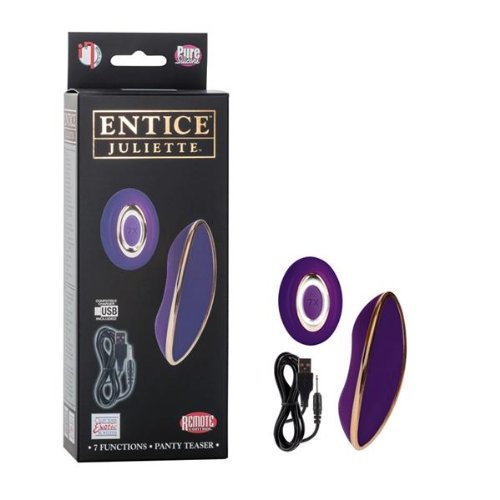 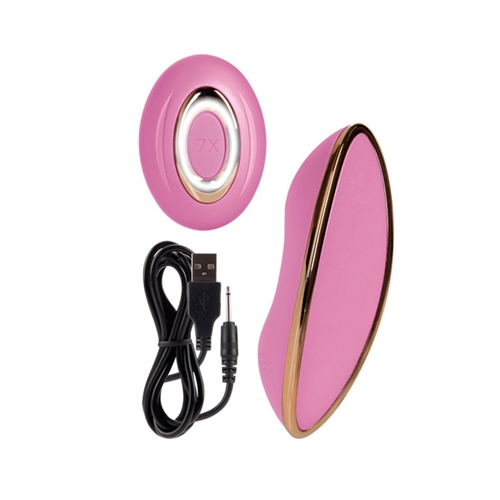 Romeo might have been smitten with his Juliette, but when it comes to adult toys, Leather and Lace Spice believes that there are plenty of Romeos just waiting to tease and tempt their “Juliettes” with a “love token” that vibrates when they she least expects it.

The panty teaser is charged with a USB with a run time of 1 1/2 hours on the highest speed and 2 hours on the lowest speed. the recharge is complete again in 2 hours. In all fairness, the first sample we received did not charge at all, and we had issues with the plug on the second model as well.  It took a lot of cajoling, jiggling and manipulation to get it to work, which it finally did. Since the entire vibe is covered, you can’t do anything about a loose connection. While this is an inexpensive adult toy and not an pricey piece of audio equipment, the charging was frustrating.  The controller is battery operated  with a small battery but it’s not a standard type, Luckily, the battery is included.  A plus is that the panty teaser is waterproof, because you will want to clean it well, for obvious reasons., The controller is splash proof (but don’t drop it in water).

Prices vary but the average cost seems to be about $70.00.  It is available in pink and purple with silver accents.

to get yours. You can also visit and “Like”  Alison and Tony’s Sexperts”  Page for California Exotics