Leather and Lace at AVN the adult expostion in Las Vegas, Part Two

Have you ever wondered what it might be like to attend an adult exposition?  If you spend enough time at any expo, in any exhibit hall, it almost begins to feel familiar.  You begin to negotiate around the crowds more efficiently to the places you want to go, and to the people you want, or need, to see.  It’s the same at AVN. By now, Tony and I know which rooms hold certain booths we want to visit, and where we want to avoid.

When we arrived at the Hard Rock Hotel where AVN is held, we immediately found ourselves in a long line of men, and I thought somehow that they were jut backed up at the door to get in, but then I realized these were people who were coming just to see the porn stars, the “Day Pass” guys and the ones purchasing “VIP” passes that also get the into the parties and so forth. There were a LOT of them. Circumventing the line, we made our way past the women handing out gift bags full of gifts from Hustler (mostly videos, and some male enhancement cream, I later discovered), bumped our way through the crowds and the deafening music fueling the women writhing to the beat on stripper poles outside of the exhibit halls, and into the expo.

While I plan to write in a more philosophical way about the adult industry, with Tony’s thoughts, after this is all over, I think a few photos will give you an idea of what the expo is like so far.  It is FUN, but it is like being in a wild party with lots of noise and crowds and sensory overload every second. It is funny, and exciting but also exhausting.  I am having trouble with the internet at the Mirage where we are staying, so for now, I am posting just a few highlights: 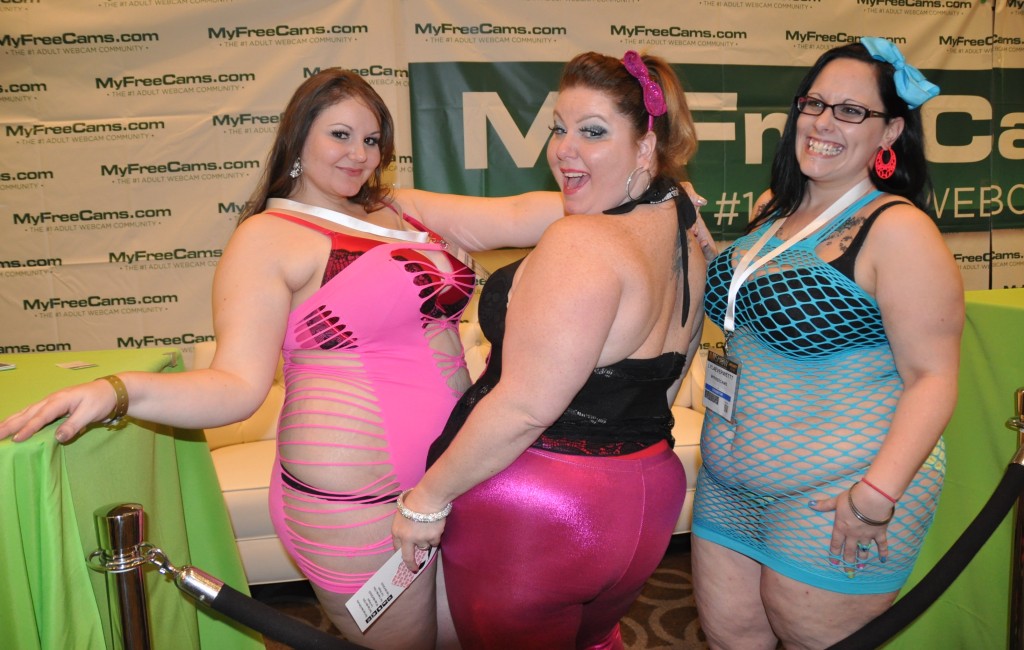 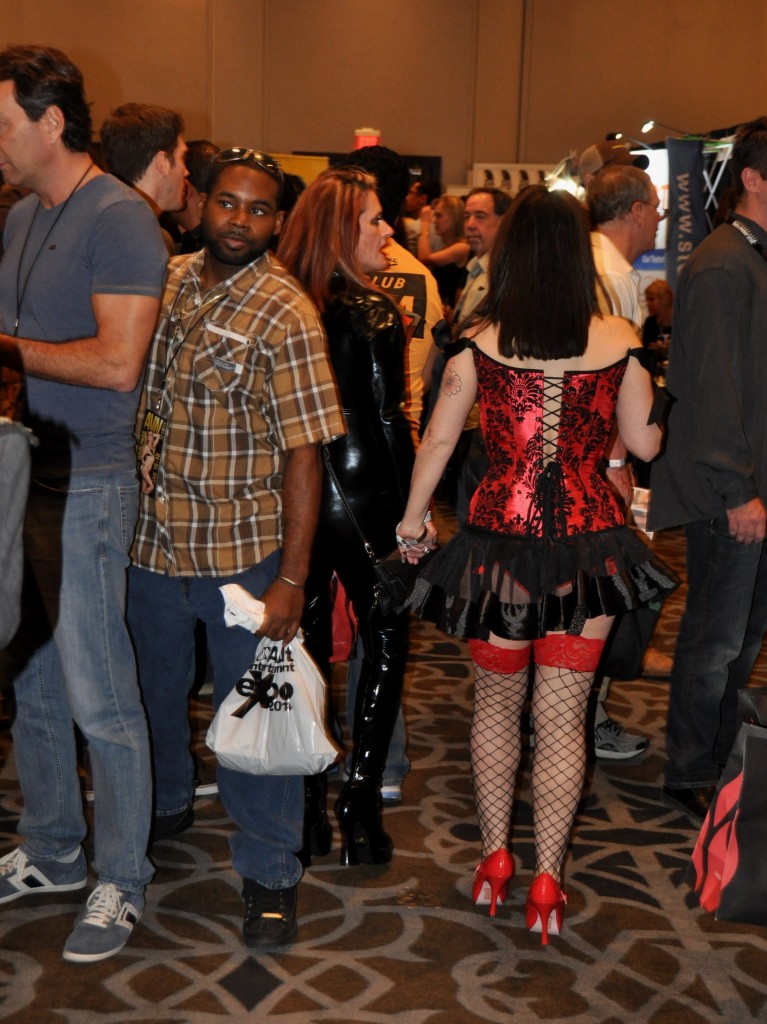 exhibitors and guests of all types come and show off their outfits, their personalities, and their fetishes. Mostly, it is all about having fun! However, I may have been one of just a handful of women actually wearing business attire.  You won’t see too many photos of me since I am the one always behind the camera lens, but there is one photo of me with Sinclair Institute’s Betsy Grondy–I willl post it when I return home. 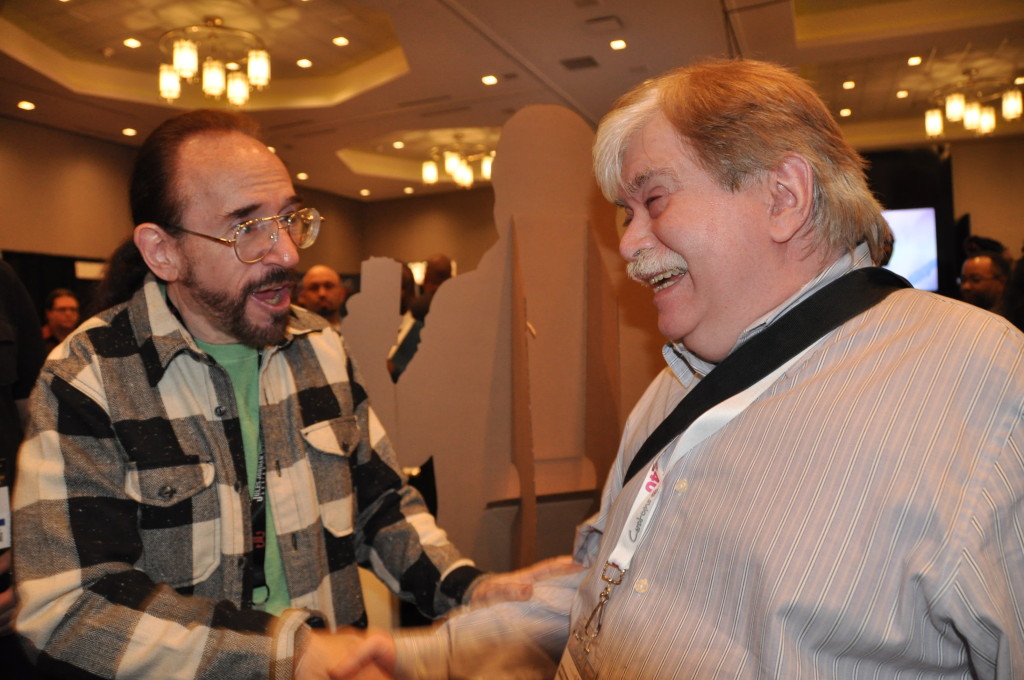 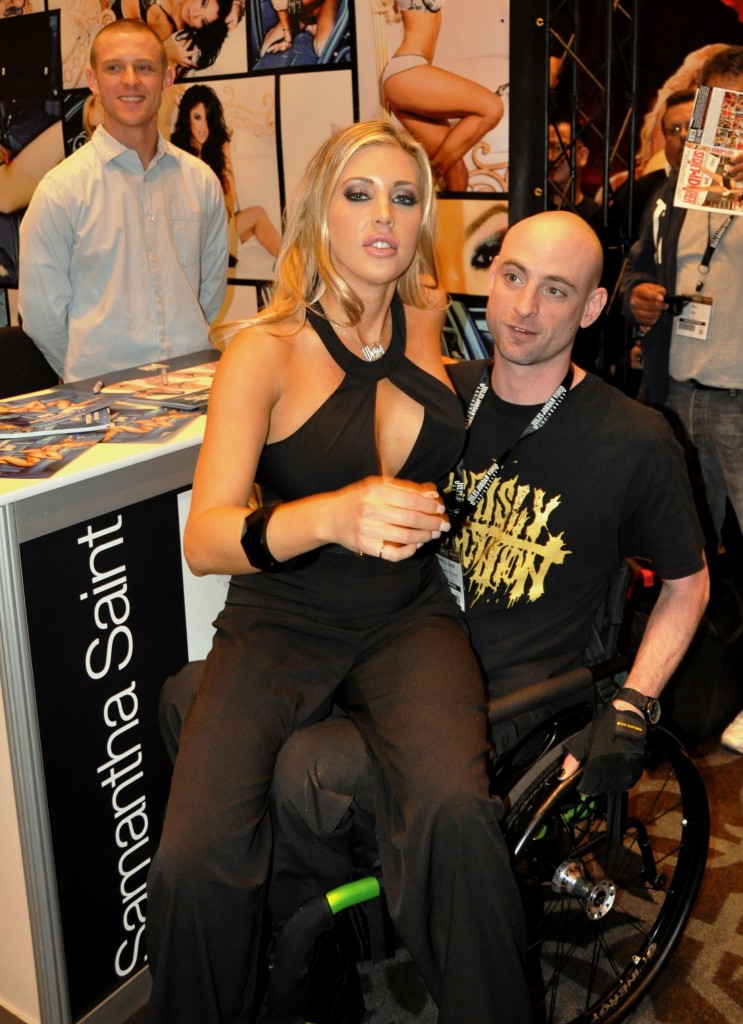 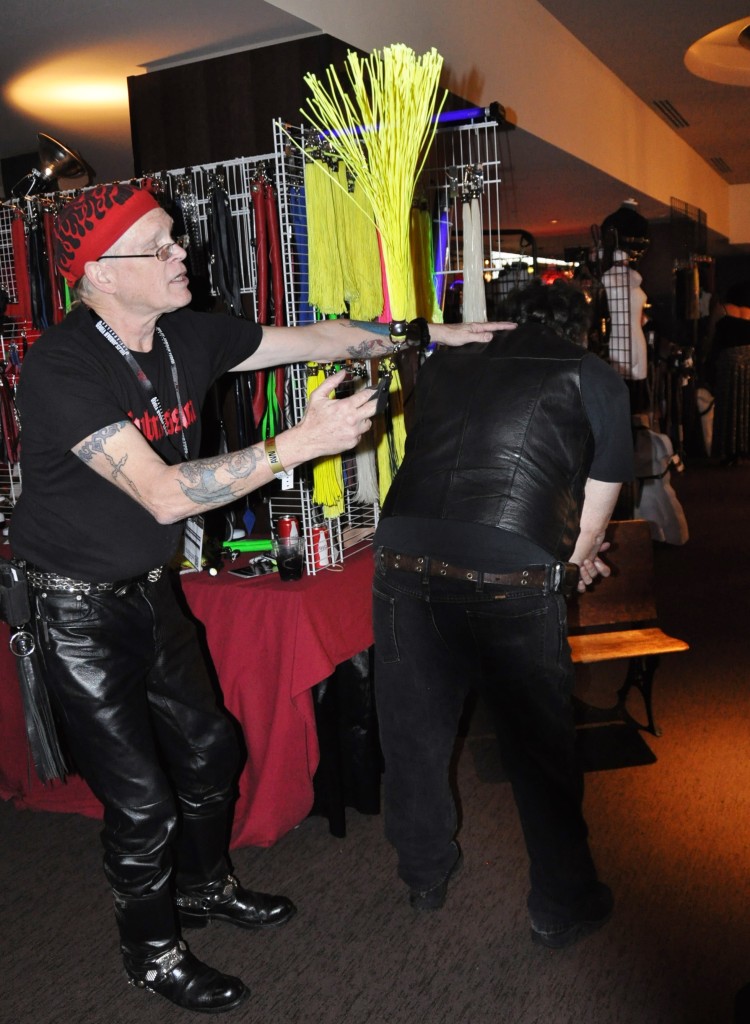