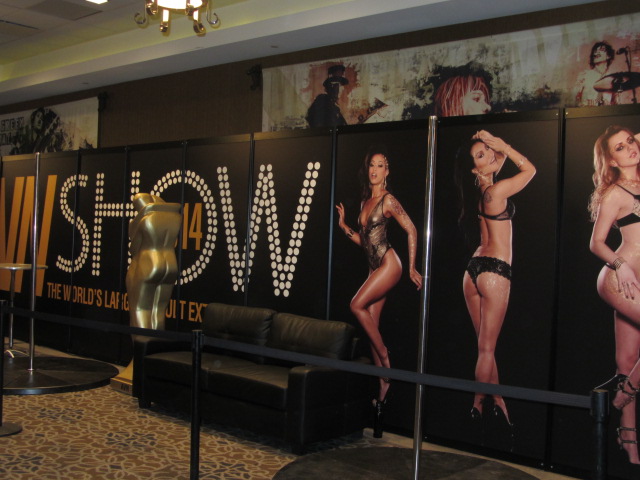 I had planned to post a number of reports from the Adult Expo (AVN) but not having been there previously, I really didn’t know what to expect.  Do the old addage “expect the unexpected” seems to be relevant.  Tony and I arrived and went through the registration process, and then proceeded to take in some of the exhibits from the first day. But like most expos it takes a while to figure out what’s actually available, and where it is, and when you can access it.  So we kind of flailed around for a while, just looking at things. 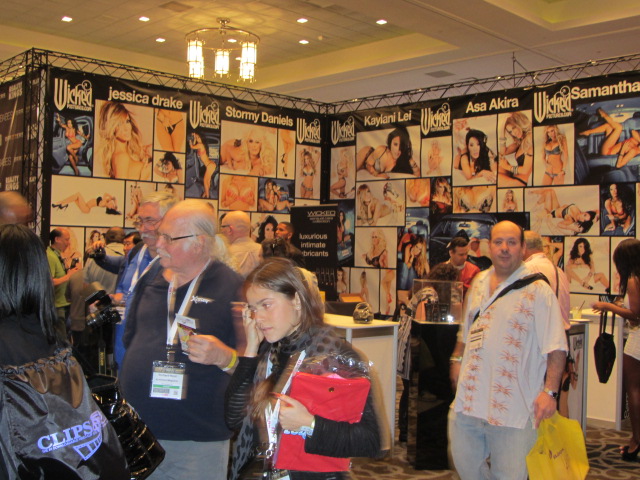 AVN is not really different from any other trade show as long as you ignore the fact that nearly everything being displayed has to do with sex. There are booths, and like most, there are bowls of candy, girls with smiles, trying to get you to stop and look at whatever it is that that booth is displaying. In one exhibit hall, the booths were primarily adult items, dildos, vibrators of all types from the most basic to some that looked like works of art, and some high tech models that will even charge your phone while they give you a charge. There were creams, and lubes, and some corsets and some items I couldn’t even identify their use, and some displays of things I guess you could eat such as penis shaped chocolates. 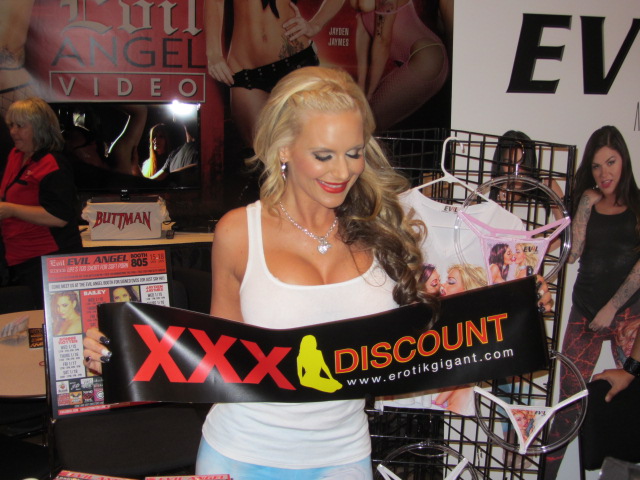 The larger exhibit hall had the adult videos, and it was here that the noise was almost deafening, not only from the DJ outside fueling the gyrations of some girls on stripper poles, but the excitement level being generated by throngs of men, many with large cameras, trying to get photos of women with some of the largest breasts I have ever seen up close. The “lucky ones” patiently in long lines to get a signed photo from what I assume were favorite porn actresses, or to pose with them proudly for photos. What they planned to do with the photos, I have no idea, but it seemed to be an essential part of being on the exhibit floor. 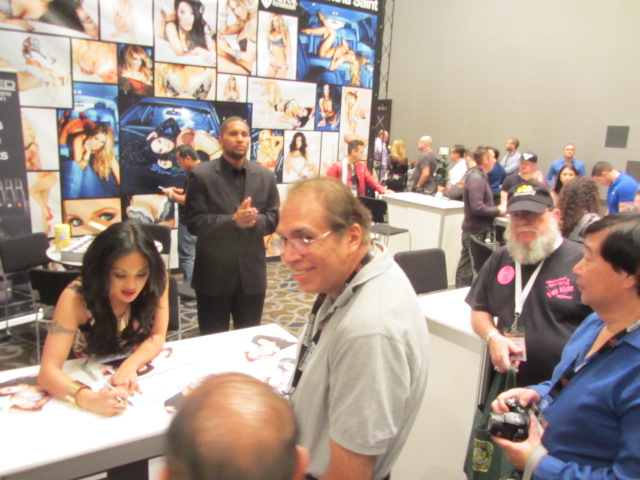 It is difficult for me to form an opinion yet about AVN or the porn industry. This surprises me as I really expected to have a strong and immediate reaction But honestly I just see it as a business and as I have been to so many different trade shows, it does not see, very different from any other….but what does interest me are the attendees who are clearly NOT there for the business aspects of the show. The guys who are shelling out money for day passes to wait in line for just one moment to share with a “star.” or party next to the, in a night club.

For now, I will post a few photos, and I’ve got to get going!”

this report and all aphotos by Alison Blackman aka “LACE”