Your love is what I prefer, what I deserveIs a man that makes me then takes meAnd delivers me to a destiny, to infinity and beyondPull me into your armsSay I’m the one you wantIf you don’t, you’ll be aloneAnd like a ghost I’ll be gone 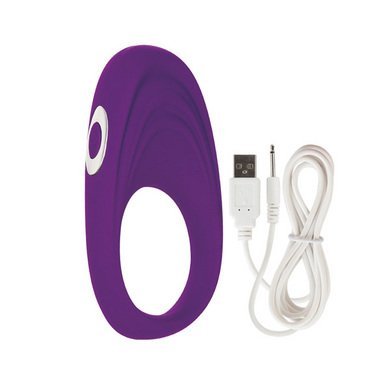 Although more cumbersome in missionary position or in the female superior positions (since it has to be manually positioned and will not stay fixed), a cock ring can be a pleasant addition. Note, however, that it does not work at all if the female is lying on her side.  That said, this product is better than most due to its large contact area (three times as large as most) and a choice between a textured presentation and a flat presentation. Also, the fact that it is one piece of silicon rubber makes it easier to clean. I like the idea that it is rechargeable (and lightweight) and doesn’t require a cable and battery pack.

Alison’s Thoughts: I’m all for encouraging couples to try new things. Toys are the spice of (sex). This Embrace Pleasure Ring looks elegant, not tacky, with a sleek design and it is relatively quiet. If you don’t find the idea of something vibrating bumping up against you during intercourse as distracting or intrusive, you may find that this Embrace Pleasure Ring adds an extra dimension of pleasure to your sex play. If you want to “put a ring on it” you can get 7 functions of vibration, pulsation and escalation and play for up to 2 hours on the highest speed or 3 on the lowest.  You can recharge the pleasure rings batteries (and yours) in just  70 minutes. The controls are on the side of the ring, so both of you can reach around and find a speed that moves you.  Hold for 3 seconds to turn it off, but you’ll have to pull out to remove it, of course.