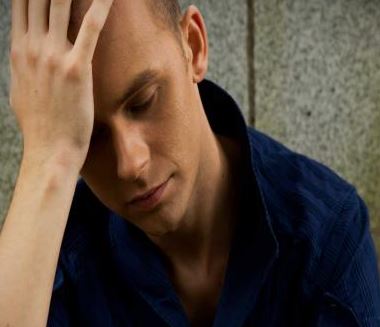 SHE SAID SHE LOVED ME, SO WHY IS SHE NOT LOVING ME NOW?

I’m Heartbroken!  she said she loved me and then she took it back!

I’ve been best friends with a girl I met several years ago. I’m in my twenties and already working, trying to get a career going. She is a few years younger, and still in school. This Summer we really got close, and started falling in love. But her college is about 2 hours away and so when she went back to school this new part of our relationship started to get a bit strained. I figured she was just getting ready to miss me since she had to go back to school. There was nothing I could do. I’m in love with her, so I put on a smile and hoped we’d just text and call a lot until the first break she got to come home. But during the first couple of weeks back at school she told me that she really didn’t think she felt the same about me as I do about her. Then she did a turn-around and drunk-texted me, saying how much she missed me. After that we texted every day saying how much we cared about each other so I thought everything was going well. But then she came home to visit and when she got back to school she said she said that she was just too scared about how fast we were moving and the things she was feeling. We talked about how much we love each other and how special our relationship is and how great our connection is and all of that. Things were fine for a while, but then one day after I said how much I loved her she was very quiet, and then she called me and said she didn’t know how she felt and that she wasn’t sure she loved me but said she did because she didn’t want to lose me. I am really devastated. Furtheremore, I don’t believe her!  I think she does love me but she’s scared is all.  We are not together enough but I don’t know what to do and I don’t want to push her but I don’t want to lose her either. You are the relationship experts, so from what I’ve told you do you think she loves me and do you think we can end up together? What should I do to make this work?

Alison’s Take:  Jeremy, what I think is that you have a cocktail of issues that complicate relationships. Best friend relationships are wonderful, but often they are difficult to transition into true love.  And when they do become something else, they take time to really develop. Alas, yours started to develop as a Summer love and didn’t have that much time to mature.

Summer love is a wonderful thing, but that it is often just that — a Summer fling. And, just as you were beginning to explore new facets of your feelings for one another, your friend had to go back to school.  Long distance relationships are difficult at best, but added to the fact that you are out of school and she is still a student, you’re not even really in the same worlds right now.  Loneliness and distance can intensify feelings or confuse them.  Drinking and texting or texting when you aren’t feeling happy, can also make communication twisted.

Your letter tells me that all of these things have occurred, in fairly rapid succession after a nice friendship that has been going on for four years, and there hasn’t been all the much time to process any new romantic feelings nor do you have that much time (if any) together to explore where things may go. She is a student and you are not. And you keep saying all you want to do is make her smile, but is that what a lover really wants?

I think you are asking the wrong question.  I don’t think you should be asking if she loves you or if you will end up together, but whether or not you should be pursuing this as a love relationship at all right now.  If she is just 20 years old and in school she really has no idea what love is or what she wants out of a serious relationship, let alone with someone who was once just a friend. That’s so confusing!  It would be wise to give her the time, space and respect she needs to experiment, learn, grow and find out who she is as a woman, before she settles into something serious. Her behavior has already shown you that she is conflicted.  Frankly you are also very young and need more experience and you should be doing the same thing!

I know that’s easy for me to say, and more challenging for you to do, but it’s important for both of you, long term. If you can manage to do it (and I know it will be difficult for you, given your mixed feelings) I suggest you tell her that you really care for her but that you don’t want to screw up the good thing you have with her, so you are not going to push her.  If she wants to see you you want to see her, but you are not going to push.  And date others, both of you.  Then, if the timing is right and you still want to be more than just friends, you’ll go forward with that when you really can see if it can work.

Tony’s Take:  The time of someone’s life which corresponds to the college years is the time when young people explore the world and explore different relationships. Your first indication is that your friend chose a school two hours away. She wants the separation from her parents, but likes the security of having them available to her. This translates directly to her feelings about you and what she is afraid of. She is afraid of commitment but not in a pathological sense that many men (and some women), are — she just wants to see more of the world than tying herself down with you will allow right now.

There is a time for you and this relationship in the future. Around age 23 many women realize that the allure of the unknown is less enticing than the allure of a secure emotional life, and so they tend to reconsider a relationship with their parents and start considering settling down on their own. This is also an important time in your life because you will have started your career and have a basis of a future which will then be very appealing to her.

One negative thing to look for is if she decides to move to a major City after college. If so, then she is not ready to settle down and does not want to preclude new and exciting relationships. If you have established yourself in a City, this will actually be attractive to her if you do get together.

In short, you have to wait for her to come around. If she hasn’t done it by age 27 she will not be ready for you until her middle to late 30’s. It sounds as if you potentially can be very meaningful to each other,  but while you are her friend, be clear about the fact that although you are there for her whenever she has problems, you are not there to discuss relationships nor to listen to stories about things she has done with other men because that would permanently put you into the friend zone. Otherwise, play it cool, always make sure that you have a fun thing to do with her, be “touchy,” when with her, that is make sure you kiss her hello, that you hug her, that you hold hands if she offers, etc., to reinforce your physical presence and desirability with her. Date other people, because it will re insure whether she is in fact the one and is worth waiting for, but never discuss other women with her because she may be looking for an excuse to withdraw from you such as “Oh he’s met a nice girl and she would be better for him than I would.”

Alison’s Comments on Tony’s Take:  Tony, I agree with a lot of what you’re saying, but I wouldn’t put an age or time limit on when someone is ready to settle down. I have seen plenty of immature men and women who are never ready, that is why they are bachelors at age 75 or spinsters…and this is often by choice but sometimes because they simply haven’t figure out — yet– what it is that they want. Mostly, these people never will.