I have been working with a work colleague (just call her “Irene”) for the past seven years. We are friends, so I’ve always felt comfortable talking to her about my relationships with other women. We were just platonic friends, but then recently, I began to feel something more for her. I really thought it was just that I am not seeing anyone right now and I’m a bit lonely, but the feeling hasn’t gone away. Since we have always been close and we believe in being honest with one another,  I told her how I felt. To my disappointment, she said she thought we ought to just remain friends.  I understood, especially since she’s had some shocking things happen to her in the past, but that didn’t stop my feelings from escalating.  We went out a few times and we talk on the phone every night. Alas, this special lady considers me as a “companion” not a boyfriend.  I have asked her point blank if she thought we could be more than just friends, and she shrugged and said she couldn’t tell what the future would bring. That was very vague, and frustrating, but to me it leaves the door open for more. I’ve gone as far as asking if we could go on a vacation together, just in separate rooms or beds and she didn’t really answer, but again, she didn’t say no.  So do the two of you think these are signs that she might be considering a romantic relationship with me, or is she just  trying not to hurt my feelings and end the friendship by rejecting me as a lover, out loud?  “Cautious Ken” 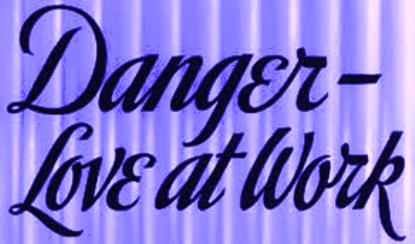 Alison’s Take:  I’m focusing on the work related issues here, for the most part as I don’t have enough details to truly understand what Irene has been through, but Ken, love at work is a tricky  thing.  It’s a logical place to meet someone and get close to them because you’re together all the time, but if things go sour, one of both of you will suffer the consequences (and I don’t just mean a broken heart). If you’ve been at your job for seven years or more as you stated and you have a romantic relationship with Irene, make sure that your company policy doesn’t forbid dating someone in the workplace. Also know what you’re getting into –especially if you work in the same department. If the relationship does go sour, one or both of you are likely to have to leave your job or worse, get fired. At the very least, you will both have to suffer the misery of seeing each other every day,  like it or not.  If you don’t like being the topic of gossip, being in a relationship at work isn’t for you.  It’s hard to be completely discreet and someone is sure to find out what you’re up to. Oh! that gossip will fly around you!

What’s telling in your letter to leatherandlaceadvice (edited for privacy) is that you’ve been friends with Irene for seven years, and now, suddenly, you want to take it to the next level. This is surely confusing, maybe even shocking,  to someone who might not have had you on her radar screen as a potential lover.  According to your letter, your feelings are new, and so it might be that Irene needs some time to think about how she feels.  You might get some insight from some of our our Double-Take Q&A reader questions, such as When Friends Become Lovers, Trouble Follows ;She Says She Loves Me But She’s Not In Love With Me; Could My Co-Worker Not My Husband Be the Father Of My Child?

Another thing that is telling is that Irene has branded you as a “companion” but not as a potential romantic partners.  When you asked her if your relationship could be something more she didn’t say no, but a shrug or silence isn’t the same as a yes.  A woman who is really interested and who might be harboring the same romantic feelings would be a lot more encouraging.

I don’t have a crystal ball either, so I can’t tell you whether or not you have a chance to turn a work friendship into romantic love, but I do believe Irene needs time, and space to think things through. Obviously she cares about you and doesn’t want to lose that friendship you share, but you need to respect her wishes if things don’t move forward and she doesn’t encourage it.  Perhaps if one of both of you left the company, it would be easier for you to connect in a personal way.  In any case. don’t push, but continue to engage her in activities where the two of you can share more than just “work” socialization and see if these casual “dates” don’t take your relationship where you want it to go. If it doesn’t, at least you still have a friends whose company you obviously value a great deal. It’s win/win for you either way. 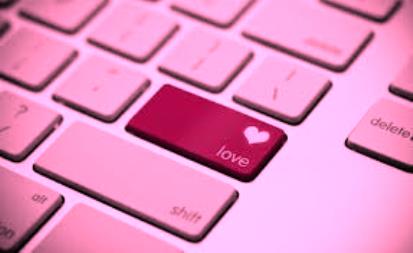 Tony’s Take: The key to understanding this woman is understanding how her past is affecting her current life. Your use of the word “shocking” is an important one because it leave a woman traumatized, unwilling to trust men in an intimate situation and therefore she will tend to avoid intimate situations. You will discover most out of how and when her last relationship ended. If she talks of this person in very negative terms, then he part of the trauma and it is still very fresh in her mind.On the other hand, if she describes him in “church” terms, then like you, he was a companion and when he got too close to whatever is bothering her, she dumped him. Finally, if it was as normal relationship then you are dealing with the results of the breakup, not with a trauma.

Irene is using you for therapy, someone she can talk things out with to get things straight in her own mind. Yes, there is a less than 50% chance you will get together when she is more capable of a relationship, but do be prepared for the heartbreak when you “fix her” and she finds someone new and unrelated to her past.

In general, the guys women only really confide in as they would another woman are not those with whom they are romantically attracted. The thought of being romantic with a guy who knows so much about you seems almost incestuous to these women.

If you ever want a real relationship with this woman there has to be one hard and fast rule on the table: you never discuss a male in her life who is a current or potential lover. You also keep everything light. Take her out for coffee dates just so you can “talk,.” Take her to dinner someplace that is relatively quiet but not expensive and pretentious (again to be her friend and talk). If she gives you the chance, do go on a vacation with her but don’t press her.  Kissing it out until she offers it. However, light touching is very much encouraged because it makes her think of you as a person and not as the object of her confessions.