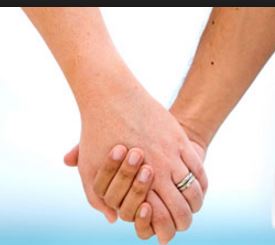 Dear Alison and Tony:  We have been married for a long time (over 19 years) and I thought our marriage was a happy one until last night, when my wife dropped a bomb on me. Out of the blue while we were having dinner, she told me that she wants to try something new. And what was it? She wants to try having sex with a woman. Worse that that she named the woman, a friend of ours. Then she said she wanted to know I was ok with it because she doesn’t see it as cheating. I’m NOT ok with it and I think it is cheating. But she says she really wants this experience and she isn’t going to back down. I don’t want to ruin my marriage but this might kill it, especially if we can’t come to some understanding. How can I convince her that this is a very bad idea.

Tony’s Take:  There are two reasons why a married woman will seek the sexual companionship of another woman. One is high level of sexuality where the woman has a good and intimate relationship with her husband but desires more and doesn’t want to bring another male into the relationship. The other reason is boredom. After being married for a long period of time she finds her marriage routine and the sex, predictable bordering on boring.

Ted: you must look closely at yourself if you don’t want the relationship to fail, totally. Your wife’s comment about it not really being cheating to be with another woman is born of a great respect of you (as a husband and provider ) but she is not fulfilled intellectually, emotionally or sexually by her relationship with you.

The major issue here is the other woman. How is she going to view the relationship? If it just a happy time and good mutual fun and sharing, then everyone can be friends.  If however, she shows jealousy or coldness to you,  this is recipe for a complete disaster because she will fight for the full time affection of her new companion (your wife) without regard to whether or not it will wreck her marriage.

You can’t talk her out of it. To attempt to do so will distance you even more and make her defensive, but you can, however, review your relationship and treat her better in areas where you have taken her for granted.

Alison’s Take:   It is a bad idea, but I doubt you’ll convince her of that.  Does she still want to have sex and be married to you?  Why, after all these years, is she asking for “permission” now?  These are just the starter questions. You’ve got to start really talking about what’s behind all of this.

We get a lot of questions from both men and women who either want approval to have sex with someone else with or without their partners, and both male and female. Sometimes it’s a spur of the moment urge, but often it is born of something deep and serious that hasn’t been addressed.  When sex is consensual, you are still risking your heart. Sex is addictive as Tony likes to say. It’s addictive, even if it’s just a one night stand. Frankly, this doesn’t sound like a one time thing. If your wife decides that she must go through with this, trying to stop her will only make her more determined.  But she is risking more than one heart.   I’m wondering what the other woman’s motivation is?  If this friend has another relationship of her own, following through with your wife is going to make things even messier.

Call me suspicious, but I am wondering if the reason your wife is asking for your blessing now is that she already has a romantic/sexual relationship with this other woman, and she feels guilty. By asking you for permission, she is asking you to legitimize the relationship.  Even if she is still faithful to you, she is unhappy. People who cheat are often just looking to leave.

I don’t want to make you feel bad, but this is time for some tough love. I don’t suggest you give your approval to this, but I do suggest you work on finding out what is going on in your own marriage. Maybe your wife just feels so comfortable with you that she feels she can now ask to satisfy her curiosity,  or maybe her lesbian tendencies are just too strong to ignore anymore. Either way, it’s going to change your relationship with her, forever.

Cheating is cheating whether it’s a man or a woman. Cheating by demanding your approval is no different.

What is  more wonderful than a  good friend?  We have a links section and would love to include you.   If you have a website or blog and you’d like to be included, please add our link and tell us where to find it. We will promptly add yours and let you know when it is up  (Alison & Tony)