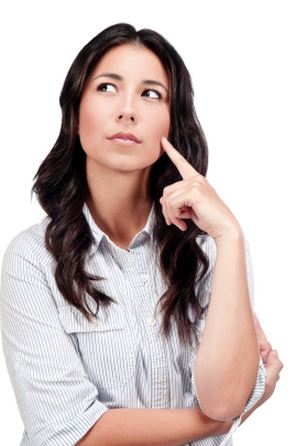 Truth or Dare? I wonder what else she’s not telling me!

I am a 28 year old lesbian woman who has been dating a new woman for about six months. But last night we were playing truth or dare with some friends, and she said that she had been a stripper in college, and dating a lot of the male customers. I feel really uneasy about the fact that she didn’t just tell me this and had to wait until this silly game to spill the beans. It was shocking.  I was really hurt, so we had a long talk. She explained that she stripped to pay her way through college and to support her child because she was a young single mother. I might have chosen a different path, but I can accept what she did. Everyone has some some skeletons in their closet. What is really bothering me now is that she didn’t tell me something this important sooner, and I wonder if we hadn’t been playing this game if she’d have told me at all.   I’m wondering if I can ever trust her again. Am I making too big a deal of this?

Tony’s Take:  Sharin, you got it in the first place: You’re making too big a deal about this.

The problem here is that we project our own motivations onto other people where such motivations may not exist. Your lover is the product of her entire previous life. She would not be the same person without those experiences and therefore if you accept her as she is, then you accept all those experiences. There is a huge difference between being embarrassed about one’s past or even dismissive of things in it, both of which are not actively attempts to deceive you. What difference does what she has done in the past make to your relationship?

We all rewrite history to put ourselves in the best light. We all do not actively tell stories which would embarrass us or make us seem less of the type of person we would like others to see.  Thus you can see, your new lover is just being “human.”

The important thing here is that when asked directly not only did she not lie about it, she fully disclosed not only that she was a stripper but that she had dated her customers, which would not normally come up in conversation.  This shows that your lover is serious about you and serious about the relationship because in a came like Truth or Dare, you are your own moderator. She could have picked any other innocent thing in her life to disclose but chose to be truthful and disclose that which was most significant in her past.

Alison’s Take:   Sharin, as I’ve said many times in many different Q&A responses, there is a time and a place to disclose sensitive information.  I wouldn’t be so quick to condemn a woman who, after six months, finally disclosed something that obviously caused her shame and perhaps some embarrassment, even if it took a game like Truth or Dare to do it. As Tony already mentioned, when we are first dating someone we want to present ourselves in the best light possible.  It would have been unwise, in fact inappropriate, for your lover to hook up with you and disclose right away that she had been a stripper and that she had been sleeping with male customers.

But Sharin, there is more to consider than just the news that your lover had been a stripper.  Telling her this news, and including the fact that she dated some of the clients, brings her sexual orientation into question. If she had told you this information right away when you met her, you would then have to question, right at the start of your lesbian relationship  with her, whether or not she is truly a lesbian, or perhaps, bi, or just curious? Secondly, dating the male clients implies sex for money, and that brings up a lot of other questions that your lover might not have been ready to answer earlier in the relationship.

Six months may seem like a long time to you, but it’s really just a blip in the timeline of a long term relationship.  Consider how much courage it takes to disclose something in your past that you’re not feeling so good about. Your lover did tell you and within what I feel is an appropriate, reasonable time frame.  She also supplied a very reasonable explanation, supporting her child, for why she took the actions she did in college.  Consider that her disclosure is not a negative, as she is trusting you with sensitive information. In fact, she is making a leap of faith that demonstrates that she feels your relationship is strong enough to withstand the disclosure.

If I were you, I wouldn’t make a huge deal over this.  But if you are still worried that your lover might have other big skeletons in the closet, don’t wait for another Truth or Dare game to get it out in the open. This situation gives you the perfect opportunity to take your relationship to the next level, by sitting down and asking if there is anything else really big out there that she needs to tell you, and that you will accept it no matter what it is. You should do the same for her.