Q&A: How Can I Deal With A Jealous, Hostile Friend?

Alison and Tony:  How to I handle this? My friend “Jennie” is so hostile! She always seems to have a b0ne to pick leading to an argument.  Normally, I just let her have her moment, and then steer the conversation to something else. However, our last disagreement is the last straw! I mentioned to Jennie that we over-spent on our kids for Xmas. Instead of letting it go, she tore into me, snarling about how it would be nice to be able to stay home as a mom, when she struggles to support herself (she’s single). I didn’t expect her vitriol!  In fact, when I was single and we were both pretty broke, she still insisted her situation was worse. When we were both struggling with our weight she insisted her weight was harder to lose than mine. When I had issues in my marriage and confided in her, she wasn’t sympathetic, insisting that she’s still worse off because she’s single. I didn’t mean to offend my friend by telling her about my Xmas shipping. This time, I could easily see her comments came from hostility. She meant to hurt me! I’m not sure why she has to be the “wronged” for all situations.  I worked hard to find a job, get out of debt, lose weight find a good man and fix my issues.  All of this took sacrifice, hard work, and a lot of tears. Jennie encouraging, and she wasn’t ever happy for me when I reached a goal.  If she resents me so much, why are we friends?  Why can’t she see why she’s “stuck?”  The upshot is that she isn’t speaking to me.  I have known this person for quite a few years and don’t really want to ditch the friendship, but how can I make her see that it’s time to change her jealous ways?

(from “Count on Me, Bruno Mars)

Tony’s Take:  There is sadly a whole class of people who are basically jealous of anyone who has anything that they perceive has anything more than they have, whether or not the reason the person has a better life is due to hard work and large commitment of time.

The hostile, jealous person believes that others get where they are easily and unfairly. This comes from the belief that they are getting the same benefits as people who worked hard, despite their own lack of action to better their life.

This type of jealous, hostile person is never really your friend because they resent you. They never have joy for you in your successes and they look on your failures as justifiably deserved since they consider themselves failures. The hostility comes from the fact that you were motivated and worked hard to get where you are and they haven’t done it themselves.

Your friend is “toxic” and concerned with no one but herself. She only tolerates people who will commiserate with how badly the world treats her, constantly playing the victim card.

You have done a lot to improve your life, especially considering you were doing it with a man you were having issues with. You should be proud and you should feel good about what you’ve done for both yourself and your family. You don’t need a downer in your life. Find someone else, even someone self-centered would be more amusing and less stress than this woman. 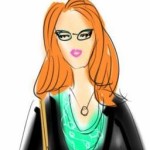 Alison’s Take:  On a personal note, I have had two hostile, toxic relationships that I ended that are similar to your situation with Jennie. When things were difficult in both our lives, these ladies commiserated with me, but once my life started moving in more positive directions (and theirs didn’t) they became nasty bordering on hostile. The pattern showed itself clearly over a couple of years, and I realized that they weren’t real friends. A true friend can put aside her own woes and issues to be supportive of you. When someone can’t applaud your joys and successes, only failures, and when all they really want to do is be validated as “losers” and lash out, it’s easy to lose patience with them.

That said, many people go through prolonged challenging periods in life. Good friends that will listen and offer encouragement are priceless. However, if they can’t step outside of their own self-centered and dismal world to be interested and happy for what is going right in your life, their jealousy and hostility make them, as Tony rightly said, “toxic” to be around.

It might be that your friend is so mired in her “woes” that she can’t clearly see what she is doing to herself and others. Clearly, you should be an inspiration to her, but she is too upset with her own life to look at you as a role model or mentor.

If you want to keep the friendship and help your friend, it’s time to have a very frank talk with her (this isn’t the time to be subtle). Inform her that you see a negative pattern in your relationship that is unacceptable.

You might also suggest that she join a “success team.” Our article on leatherandlaceadvice.com is focused on dating and relationships, but success teams for all sorts of issues are everywhere. Read our article on how to join and create a success team.

Offer her help to reach her goals. If she snarls at you, denies the issues, or refuses to do anything differently then it’s time to walk way. Take a break from your friendship or end it completely.