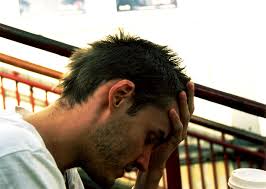 why is she leaving me?

Hi Alison and Tony:  Me and my girlfriend have dated for 6 years. Gosh! We never have fought about anything serious where we didn’t kiss and make up  fast.  She has said that she wanted me to live with her and her parents and that her parents were gonna pay for my schooling. I’ve got a year left. Now she tells me that she is going to move home without me.

This is not just upsetting,  it’s confusing. I don’t think she knows what she is doing and maybe her parents talked her out of all this or didn’t want me there, but I don’t want to lose her. And she’s “the one” and I love her. I don’t understand where all the indecision and change of plans are coming from. Do I just let her move on and figure things out and forget her or what? Any help would be appreciated. I don’t know what to do and I don’t want to lose her.

What you may be seeing here is a phase many women go through at this point in their lives.  That is, from ages 13 until they are out of college for a couple of years (say 23) they fight to separate their personality from that of their mother.  Then they realize that they have become their own person and

At that point they realize that they have become their own person and they miss their family and rush back toward them in order to re-establish a relationship which was very special to them.

What Can You Do Now?

Norman, I’d suggest not doing anything or making any permanent plans until you have a long discussion with your girlfriend about what she really wants and how she feels about her parents her siblings, and what type of life and where she wants to live it,  going forward.

She knows in her heart what she really wants and needs but may not want to admit it because it conflicts with the persona she has created.

You”ve Got the Power (not)

Sadly, you have no bargaining power in her decisions because she will end up feeling guilty about moving away from you even if you haven’t broken up. It will eventually force a breakup rather than deal with the guilt. You can only stand by her and be as flexible as you can knowing that if you have to set down a hard limit she may be gone.

You can only stand by her and be as flexible as you can knowing that if you have to set down a hard limit she may be gone.

She obviously wants to be close to family, as evidenced by the fact that she is seeking a place to live near her parents or her sister. But I also think this is less a need to nest with family and perhaps more of a practical need to be where the family can support her (and apparently her idea was to support you as well).

What I really think may have happened here is that your girlfriend somehow thought her parents would agree to allow you to stay with them and support you so she could be with you.  It is very reasonable and likely that they declined to do so.

So now she is faced with the reality that if she wants to move forward with her life and career she has to go home and find a job and get started. Staying with her parents or her sister saves money, but she can’t carry you along as well.

Does She Really Want You?

I do not think she wants to ditch your relationship, but I do think she was unrealistic, and the two of you didn’t really talk this out and make sensible plans.

While you are still in school you cannot join her unless you can support yourself.  If you can do that and she wants you there and you want to join her, have that serious discussion as Tony suggested. But first, find out whether or not there’s a future ahead for the two of you. If there isn’t, you have to move on.