My boyfriend says I’m cheating with my best friend, but I’m not! 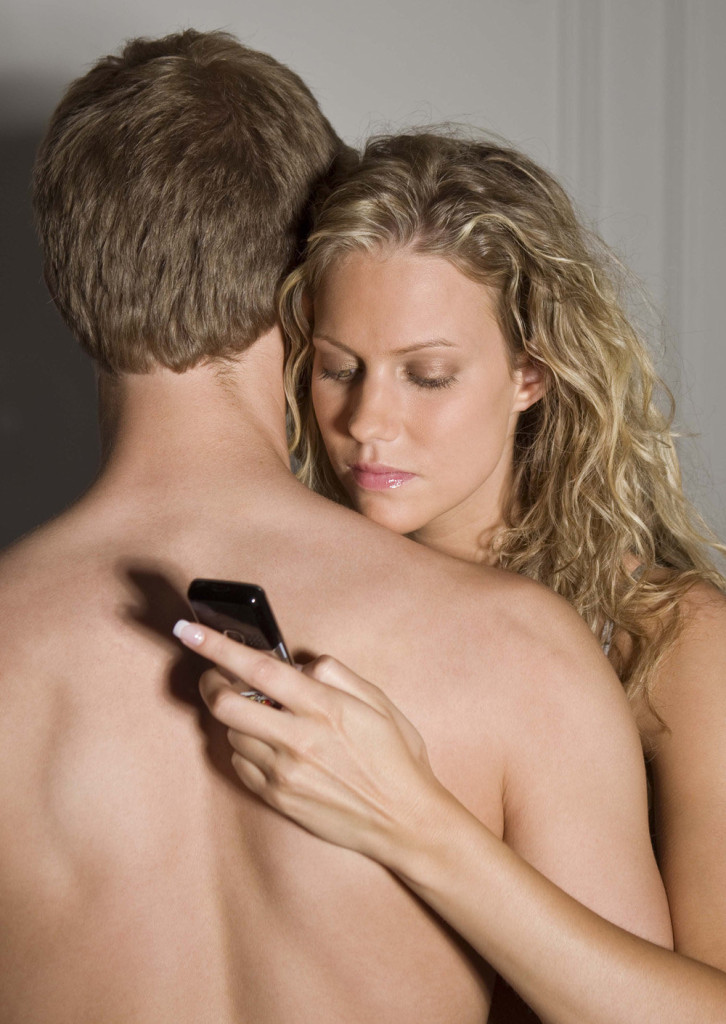 Dear Leather and Lace Advice:  My boyfriend says I’m cheating with my best friend, but I’m not!

Help Wanted please! My boyfriend says I’m cheating with my best friend,  Brian and I have lived together for five years, and we’re in our late 20’s now.  He was my high school sweetheart.  But there is another man in our lives and he’s causing trouble.  Nate has been my best friend since Junior High School and he’s Brian’s friend, too.  We’ve done a lot of fun things together, and Nate has a girlfriend of his own.  But lately, my boyfriend Brian  has been accusing me of cheating, of being with Nate as more than a friend. He is being suspicious and jealous in a way that I have never seen before. I really don’t understand it.  I’ve always had an active social life and I’ve always had good male friends. I go out with them (without Brian) and he has always been fine with that.  So why is Brian suddenly on my case now about being something “more” with Nate?  I have never given Brian any reason to doubt that Nate and I are more than friends, but lately when Nate calls Brian will do stuff like loudly hold the so Nate can hear and say”  “Nancy, it’s Nate, your LOVER on the phone for you.” It is so humiliating!  If  I’m going out with Nate, now Brian will make a fuss and insinuate that we’re sneaking off to a hotel to have sex.  I don’t have a clue where this is coming from!  When I try to ask Brian if there is something else going on he says there is nothing wrong.  So why is he suddenly accusing me of having an affair with my best friend Nate?  I really need this to stop. Do you have any suggestions?

Tony’s Take:  The situation you describes is actually more common and less discussed the one might think. Yes, a majority of the situations arise from jealousy,  but it is important to look on why the jealousy exists and what caused it.   Jealousy grows from both positive and negative issues and not just one thing. For example,  a person might be jealous because of the accomplishments, appearance or perceived depth of relationship or feelings that are the object of his jealousy. Or, the jealousy can arise from feelings of inadequacy or from guilt or from a feeling that the relationship with his partner has cooled due to the partner’s perceived rejection of him. In all cases, jealousy is a very infantile and self-centered emotion on his part.

Let’s examines some of these causes for a second:  For example, jealousy based on guilt is the product of Brian’s growing apart from the relationship, not Nancy’s. Brian feels needs of his own,  either emotional or sexual, are no longer being filled by the relationship and thus projects on Nancy,  that she feels the same way.  He feels the reasons that his fantasies about sexual or emotional parts of the relationship have not been met are due to external factors such as another lover (in this case, he has selected Nate as the culprit), where there is more simply explained by growth and maturity on her part.  I think it might be that Brian is mistaking Nancy’s lack of interest in taking their physical relationship to more intense or involved levels,  as rejection of him,  and thus projects that the reason must be that she is being fulfilled by someone else.

What Brian sincerely fails to realize is that by accusing Nancy unfairly, he not only creates a wedge between them and forces her into the presence, counsel and arms or another man, but if he persists , he ends up creating a situation where she feels justified in actually doing the very thing she is being accused of. After all, if you are guilty already,  you might as well enjoy the benefits you are accused of having.

As I see it, when it comes to Nancy,  if she wishes to save the relationship she has two choices, both of which require sacrifices on her part. What Nate truly wants is the younger version that delighted him, with all the newness and intimacy and physicality of the relationship. He wants to be adored.  This however means that Nancy has to give up much of her independence of thought and action.  The second method is for Nancy to break it off with her friend and dedicate herself to her relationship with her boyfriend, hoping that he will mature over time . But sadly, this probably won’t happen,  and in the future he will become jealous of someone else or something else in her life.

This is a classic problem. Women  at this age that women are emotionally mature at least three years earlier than men are, and at this age it becomes very apparent and can be very destructive.

Alison’s Take:  Nancy, could you be missing something here?  You say you have an active social life and lots of male friends, so I’m wondering perhaps if you spend more time with Nate (and your other friends)  than you do with your boyfriend, Brian.  Could it be that he feels left-out, forgotten, and taken for granted?

When you are dating, you are so focused on just one person that you don’t have eyes, or time, for anyone else. And once you move in with that person, the process of “nesting” makes you still very focused on each other, sometimes to the exclusion of friends and family.  But after a couple of years of living under the same roof, it’s natural to reach back out to one’s friends, and it’s also a healthy practice to have a social life and support system outside of your primary relationship.  The problem is that once you’re sure your special someone is still going to be waiting for you at home at night, when you get back from whatever it is that you’re doing,  it is all too easy to fall into a pattern of going out with friends or business colleagues, taking your partner at home, for granted.

I am guessing that Brian feels lonely and discarded now that you’ve been living together for a while. Maybe he thinks you are bored with him.  Maybe you are bored with him?  Life takes hold when you are a couple, and that is fine, but when you get so busy with other things (e.g. school, family, activities, friends) and you are spending less and less time with your partner, trouble lurks ahead.  You don’t have to be joined at the hip, but you do have to pay attention to your relationship if you want it to last. Be honest — if  you are spending more time  out with friend than with Brian, it might not be immaturity (as Tony suggests in his take, above) but simple sadness that Brian is feeling.  He sees you enthusiastically going out with others, including Nate, but not with him,  As I see it, Brian would be resentful, even if Nate wasn’t another male.

On the other hand, Brian also could be the one who is having some issues and he’s not telling you.  Could it be that Brian is hiding something and he is “acting out” to protect himself?  While I do believe that trust is everything in a relationship, it might be worth taking a look at Brian’s behavior in other ways. For example, Brian is frustrated and shows it. When someone is conflicted, it can lead to a change in moods and the cheater might start a fight with to sabotage the primary relationship. And there are other signs to watch:  does Brian spend a lot of time in the bathroom (and he’s not bathing) or does he hide his phone from you?   Is he either trying to have a lot more sex with you  (that could be a cover up so you won’t think he’s having sex with someone else).  Has Brian cheated in the past or told a lot of lies about things  (if he has, he might be doing it again).

These are just a few signs that maybe it isn’t you, but Brian, who is guilty as charged.

For now, let’s give Brian the benefit of the doubt and assume he misses you terribly.  Maybe he is boring you, or maybe you are boring him, or you’re both boring each other, but in any case, if you want to be together, you’ve got to make an effort. Focus a bit more on Brian, and then if he doesn’t stop accusing you of things you aren’t doing, counseling or at least a long, hard look at where the relationship is headed, is in order.