Two Questions, One Take: Ditching a Disastrous Date , and Handling a “Bromance.  These are two questions that have been floating around our reader Q&A file. My partner Tony has not answered them and it is clear that he’s never going to do so.  But in my expert opinion,  these questions are actually common ones, and they deserve to be addressed! I’m answering them on my own. Hopefully my “take,” singular as it is,  will be of use to those with similar issues.  What do you think?

Ditching a Disastrous Date  – How do I ditch a disastrous date?   I  agreed to meet someone through my mother, and I had a terrible time. We had little to talk about, nothing much in common, and he was obnoxious and had bad manners.  I was so uncomfortable that although we’d originally agreed to go to a movie after, I really wanted “out” before dinner was over. Is there a way to end an evening with someone early if you are sure things won’t work out and it is a total disaster?”

Alison’s Take:   Dates like this can turn you off from dating for a long while, but you can’t give up.    Who hasn’t been on a date where an hour feels like a lifetime?!  I have  talked to lots of men and women who, like you, wanted to be “pardoned” from an awful evening before it was through.  Remember that dating is a process of elimination, not of selection.  You are going to find rejection and disappointment (sorry, it’s tough love but it’s realistic) until you meet the one who wants you as much as you want them.

If a date is really boring or obnoxious, it is tempting to leave. but unless your health and well being are being threatened, it’s really difficult to bail just because the date isn’t going as you want.  I supposed if you’ve  got unbelievable guts (or you really don’t care about hurting the other person’s  feelings),  and if you’re not put off by an unpleasant or even hostile reaction, you can just bluntly say: “I’m not having a good time and I’d like to leave now.”  Most people can stick it out for a couple of hours, even if it’s unpleasant but not life threatening. You agreed to meet, so suck it up.

Blind dates, especially those set up by well meaning mothers, are usually not the stuff dreams are made of. That’s why, for first dates, I personally favor the “ I’m having a frantic week, but let’s get together  for a coffee or lunch and see what happens” approach to first dates.  If you opt for lunch or after-work coffee or drinks only, you can see if there is any chemistry first without committing yourself to more than an hour or so at most (not to mention money too if you are going to split the check, or you are the one paying for the two of you).

On a longer date, if things really are going very badly, you can use the old ploy of saying half‑way through dinner or whatever else you’re doing:” Oh look at the time!  I am sorry, but I’m on an important project at work and really have to get it done tonight (or really have to get back to pay the babysitter –or some other excuse…).  You will look like a total lying  fool (and how stupid do you think the other person has to be to really believe that your boss just called  for you to come back to the office for an emergency meeting at 10:00 at night) and be forewarned that the jerk you are trying to ditch will see right through you and be offended, but for those of us (actually, most of us) who feel uncomfortable coming right out and being blunt enough to tell the truth (we can’t stand another minute with this person),  it’s a way out.  It should be used as a very last ditch approach and only if the situation is in the red zone and can’t be managed. It is the “easy out” that is awkward but the other person can’t really argue,  and it avoids the potential for an immediate, unpleasant confrontation.

I’m of the opinion that if you can manage to tough it out, you probably should.  It’s very painful to be “stood up” but it’s even worse to be rejected to your face. Is this person so awful that he deserves that?   I have heard real stories of women who went to the ladies room and then fled out the back door of the movie theater or restaurant, but this really is unacceptable except if someone has become abusive, out-of control, frightening, or violent. If that happens, seek help from anyone you can find and don’t worry about what it looks like, or what Emily Post would say. Be sure you always have enough money to get home and your mobile phone to call for help, if you need it.  And next time, keep blind dates short so you don’t have to wriggle out of a disastrous date.

Handling a Bromance –   I feel like I’m a character in the movie, TED where that stuffed bear had to be wherever his buddy John and his longtime girlfriend, Lori were, and they never got to be alone. My story is that my boyfriend Frank and I have been together for four years and we’re ready to graduate and move in together. But Frank’s best friend and roommate Michael, can’t seem to get along without him.  Michael is an ok guy and I don’t have any real issue with Michael and Ted hanging out together, but Michael always wants to tag along when Frank and I are going out, too.  If this was now and then I wouldn’t mind, but we can’t seem to go anywhere without Michael as a third wheel.  It has gotten so annoying, I am beginning to really resent Michael.  I told Frank that Michael needs to get a life and let us spend more time as a couple, but Frank just shrugs and never tells Michael that we need “alone” time.  I’m writing to you now, because Frank and I planned to go away for the weekend, and when Michael heard of our plans, he said “Great! I’ll come too!”  When Michael mentioned that we should all get a shore house together, Frank didn’t tell him that we are planning to get our own home together.  The ways things are, it’s just too much Michael, for me. Short of demanding that Frank stop being friends with Michael, how can I make Frank understand that three is a crowd and make Michael understand that he needs to give us “alone time?”

Signed, Sick of Frank’s Buddy Being Around

Alison’s Take: Frank may feel like the most fortunate man in the world that he can have his best buddy and his girlfriend with him all the time.  How convenient for him! He has is proverbial cake and can eat it, too.  But if the two of you are going to make it as a couple, Frank has to make his relationship with you his top priority.  If he can’t or won’t find a way to tell Michael that three is a crowd,  you might really want to re-think moving fin with him after graduation.  He’s clearly not ready. While it may be a bit unusual for a mature man to choose his buddy over his girl, perhaps Frank is so stunted socially that he doesn’t realize that once he becomes part of a couple, he has to adjust the way he interacts with his buddies.

You need to tell him so.

You say you have made it clear you are uncomfortable with always being a trio with Michael and Frank.  But if you don’t rectify this situation soon, you may find yourself with an unwelcome and permanent house guest in Michael, and your relationship with Frank, will fail.  Since you seem to get along well with Michael,  have a chat with him and tell him that after graduation, you and Frank plan to spend a lot more time together. It’s time to graduate to new connections, and that means for Michael as well as for Frank. If Michael doesn’t get the hint, and Frank doesn’t tell him to back off, maybe it is the two of them who should continue to live together, without you.

In that case, as disappointed as you may be, you  should separate —  from both of them. 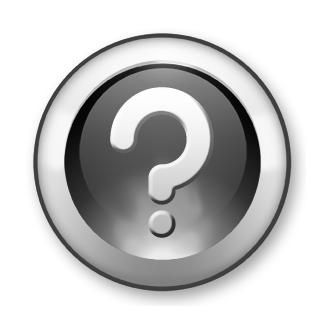 How would you answer these questions? LEAVE A COMMENT. While this reader question may not be relevant to you, maybe it is to someone you know, or another probable or issue is bothering you. Why keep it inside?  We’re here to help, and we can’t read your mind (but we can read your email).  If you’re worried about someone knowing it is you, please be assured that we treat your privacy as we would wish ours to be treated. (our privacy policy). Details from reader questions are completely changed (the main issue remains) so no one will know it is your letter.  We stake our reputations on it! We can’t help you if we don’t hear from you. You can’t move forward if you don’t make a move. This is the moment to take action!