My boyfriend and I just moved in together four months ago. I’m 7 years younger than he is (James is 42), but we are both young in body and spirit.  My boyfriend constantly texts me during the day, telling me that he loves me and he tells me all the things he’d like to do with me (sexually) but he’s all talk and no action. When he comes home, he eats dinner and then spends the rest of the evening on the couch watching TV not paying any attention to me.  I don’t understand how he can send me romantic and provocative messages, but then he never follows through when he’s with me in person?  I am a highly sexual being and honestly, this is really frustrating me.  If I don’t make an aggressive move he won’t do anything to make sex happen.  He isn’t complaining about the sex we do have, in fact he says it’s great. I’m the one who feels cheated! We have only been living together a short while, but how can I have a future with someone who is so lazy about sex I practically have to push him into it? If it’s this bad now, how am I going to make it any better later on?  We make a good couple in many other ways, but this one issue is really making me start to question whether or not our relationship is going to survive.

Tony’s Take:  Sensually,  there are three types of personalities, active – those who will initiate and generate the excitement and desire necessary to make intimacy happen. Passive — those who do not self start but will respond and enjoy if they are stimulated by the other partner. And a third type which is what is known as reflexive —  which feeds back off of the partner they are with, and thus with another like themselves or an active, it will be very good sex, but with someone who is passive it’s deadly boring since there is no feedback.

What we see here is a classic role reversal. For whatever accident of upbringing, your boyfriend is passive. He needs to be wooed in order to get excited. This is normally a trait associated with females. If you are secure in your sexuality and love this man, understand that by being just slightly blatant with him, dressing provocatively, caressing him in certain ways, kissing him, you can make him into the lover you need and desire.

Your main frustration, however, will be that you may desire a dominant personality which your boyfriend certainly is not. He is loving, he is caring and he is romantic, but you are the one who sets the tone for the intimate portion of your relationship.

Alison’s Take:  I don’t disagree with Tony, but there may be more going on here than just a personality issue. Actions speak louder than words. Most couples that have decided to move in together are also excited about being together.  You have to ask yourself why your boyfriend isn’t practically tearing off his clothes, and yours, the minute he walks in the door if he is thinking all those sexy thoughts throughout the day, but doesn’t follow through at home.

James is hardly an “old man” in today’s world, but perhaps he is just tired, or he might have some physical issues you aren’t aware of. More likely, a 40+ year old man is just set in his ways and somewhat selfish.  Perhaps he is so comfortable with your relationship that he stupidly and selfishly thinks that he can do what he did when he was single, which was probably to just come home, sit on the couch, and watch TV by himself.  Related post:  For more insight read: I’m Bored, all my live-in boyfriend wants to do is sit on the couch and watch TV.   What James fails to realize, should this be the case, that a man who is “all talk and no action” is a selfish lover. He is expecting you to initiate all the time and take the burden of the effort off of him.

Another issue might be that James really does find you irresistible, but somehow feels guilty about having sex, so if he is passive and lets you take the lead, he feels absolved of the
shame” of wanting it so much that he initiates it. He may also be reflexive as Tony suggests, which gives this situation a double-whammy.  It would be pointless for me to suggest counseling at this point since you haven’t even told James how you feel. I would be clear about your expectations, and also make James understand that for you, a live-in relationship needs to be one in which both partners actively participate in all aspects of life and love.  Hopefully there will be a honest dialogue that will get to the bottom of some of this issue that you are agonizing over. If not, counseling might be the next step.  If that fails, whether or not you choose to continue the relationship is up to you. 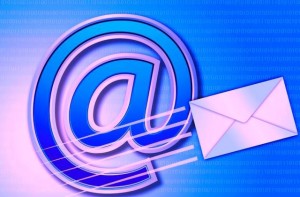 IS THIS YOUR ISSUE?  Share your thoughts in our “Comments” section (yes, you can be anonymous if you want).  If this issues isn’t relevant to you, it might be to someone you know.  Why not weigh in and share how you feel about what we’ve said?  If you have something on your mind, we’d like to help. We can read your email but we can’t read your mind, so Contact Us  by email with your question, your comments, your feedback and follow us on Twitter @leatherlaceadv.  We treat your privacy as we would wish ours to be treated. (read our privacy policy). Details from reader questions are completely changed — only the core of the question remains so no one will ever know it’s from you. You can’t move forward if you don’t make a move.  CLICK HERE AND TAKE ACTION!