COMING CLEAN OR STUCK IN A LIE:  I’m in AA, but I said I was on medication and that’s why I don’t drink 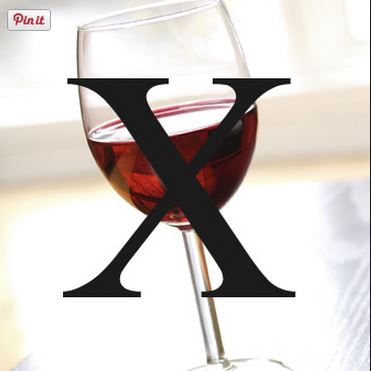 how can I tell him that I won’t be drinking this?

I am a recovering alcoholic who has been sober for two years, and regularly attends AA meetings. Most of my social life since I joined AA has been with others in the AA community, but I met “Brian” at a charity auction and we just clicked.  When he asked me out for coffee, I figured it would be “safe” and I didn’t think anything would come of it. But he asked me out again and this time it was for dinner. He ordered a drink and asked if I wanted one, but I just shook my head.  He didn’t say anything. The next time we went to dinner he asked if we should order a bottle of wine and I told him I wasn’t really into it, but I he ordered a glass for himself.  On our fourth date however, Brian asked directly if I ever drank alcohol and why or why not.   I told him I was on medication  and he accepted that, but I know eventually if there’s going to be a future for us, I have to tell him the truth about my alcoholism.  I know that it, and AA are always going to be a part of my life (and therefore, his) if I want to remain sober. But we have been dating a couple of months now and I can’t use the medication excuse much longer. I  just don’t know how I can “come clean” and tell him something that is kind of shocking. I should have told him something this important when I met him, but now I don’t think I can.  I have real feelings for this man and I don’t want anything to ruin our budding relationship.  I want to come clean and I don’t want to be stuck in a lie. What should I do?

Alison’s Take:  Alas, deception causes difficulties. If you had been honest with Brian at the time he asked you about your drinking habits, he might have been upset, but it was just your fourth date. At that point he would have appreciated your honesty and courage, and he would have had the ability to consider whether or not he could live with your issues. Now that you have strung him along with a lie for months, the shocker is not just the “big thing” you need to disclose, but also the fact that you lied for so long. Telling him now will not only be more shocking, it is bound to make him distrust you on some level.

But if you want a future with this man, you need to tell him the truth, and waiting isn’t going to make it any better.  If Brian can’t accept you as you are now, he is not the right one for you no matter how attracted you may be to one another.  The only requirement for A.A. membership is a desire to stop drinking but if doesn’t make you a perfect human being and hopefully he will understand why you didn’t tell him right away.  AA is there to support you, so could this be something you could bring up and share at a meeting, perhaps get some feedback and suggestions from others who have “been there, done that” before you blurt out something in a way you might regret?

It is clear that a lot of people in AA do socialize with each other because they understand what it takes to get through the program and struggle with sobriety on a daily basis.  For you, the biggest issues for you is staying sober.  That will never Brian’s issue, so to have a relationship with you he’s going to have to be open minded. The take-away from this is that when you have something important to disclose, don’t keep important information to yourself for too long because you are afraid or ashamed. Be proud of who you are and what you have accomplished and if the person you want to be with doesn’t appreciate it, move on, quickly.

Tony’s Take:   As with many things, the “crime” is not in what happened, but rather in the cover-up. By using medicine as an excuse, you have directly lied to Brian as opposed to not being forthcoming. I can understand anyone’s unwillingness to air all the dirty linen about their life on the first or second date, but as long as the relationship wasn’t serious, your response should have been “no, I don’t drink but I don’t have a problem with others drinking.” At the point where you would choose to involve yourself with Brian and he with you, then yes, candor and full disclosure were necessary.  By not disclosing at that point, you have now led him on and are falling back into the very behaviors which AA is designed to prevent. Just as you owe your previous relationships amends, you must now include Brian in this list, and I would suggest that you go someplace that is quiet and private to discuss this with him. As with Alison, I would also recommend discussing this first at an AA meeting to get some feedback and suggestions. 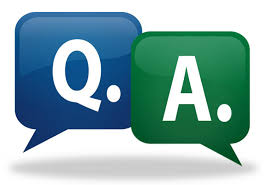 Do you have a question you’d like us to answer?  We can give you answers two ways:  Alison & Tony, PLEASE ANSWER MY QUESTION!