I’m not into him anymore, I want someone else! 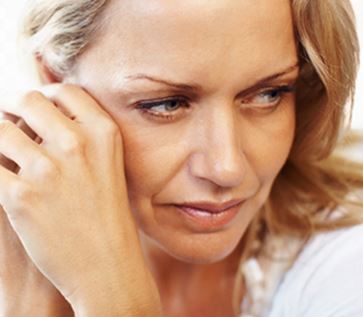 Dear L&L:  am a married woman, and I’m the co-owner of a small company. To the outside world, I have a perfect life. Married for five years I look like I have a fabulous marriage, but frankly, I’m not emotionally attracted or connected to my husband.  I made a mistake marrying him even though he’s not a bad guy, I want more than just a so-so life. We don’t have any children but I am holding onto the illusion of a fabulous marriage to avoid public condemnation. Last year, a junior colleague who is single and reports directly to me, started flirting with me and one thing led to another. Within a very short period of time, we were completely smitten with each other. We haven’t had any physical contact (other than holding hands or hugging) because I am not separated from my husband. But we are so attracted to each other we’ve even discussed marriage. We both realize that we would have public opinion against us if I left my husband and went to live with him or married him, but we really want to be together.  We have been very discreet, but my husband has noticed some emotional distance between us and he keeps asking why.  I don’t have a good answer, or an appropriate now.  I feel like my husband should get more out of his life and we went to counseling for a while, but I still can’t figure out why I’m not into him anymore. Please advise me- what do I do?

Tony’s Take:  You are at the point in the relationship to your husband that most people come to. The realization that what is good for you and works in the short term is not what works and is good for you in the long term.When we are younger, it is easier to correct mistakes such as this, but as we grow older our social entanglements are all based upon a married status and therefore we must be much more careful of entering into a permanent long term relationship.

A mark of how far you have gone from what you actually need is that you are actively considering marriage with someone who you don’t really know and who is probably emotionally immature in relationship to you.  You state that he is a junior colleague which implies 5-10 years younger than you are. And, you have said that you have never been intimate with him which means you know nothing about how truly intimate you will be able to be.

The next big issue is that as a subordinate you must assign him to another group that doesn’t report to you.

All in all, you are correct.You have checked out of your current relationship and the cleanest thing to do is to kill it. Try for an amicable divorce , try living on your own, and then see if your submordinate/love interest steps up the game to the point where he can actually be a long term interest. As of now, he’s just an escape of a deadly boring marriage.

Alison’s Take:  I agree with almost all that Tony has said. Sheila, you’re harboring a fantasy with a man who just might be totally wrong for you in so many ways. You don’t even really know him if you haven’t been intimate.

Another issue is that you are the co-owner of the company and he’s a subordinate, working his way up the career ladder.  Your career is relatively safe as an owner, but did it ever occur to you that his career is either at risk if people discover your interest in one another, or that he might be so into you because he thinks this will help his career?  Before you object, remember that this kind of thing happens all the time with women as well as men. Sometimes it works out and more often, it doesn’t.

Finally, if you can’t figure out why you are disconnected from your husband, you have issues you haven’t explored. Figure out what’s the problem, before you repeat it.