I want to know if my boyfriend is taking me for granted. “Bob” is 30 years old and I’m 28. We’ve been together for four years and have been living together for a little over 2 1/2 years. “Bob” is a good guy, but our anniversary is coming up and, as in the past with birthdays and holidays, he told me not to expect a gift or anything special. My boyfriend was injured about 8 months ago and in the beginning, had to rely on me for just about everything. Both of us work full time and it’s been exhausting for me. Bob and I are not engaged and he doesn’t seem all that enthusiastic about moving forward. He says “I love you” often, but why can’t he show it?  Am I being greedy or just want some sort of validation that I’m worthy of a token of his affection?  (signed, “Carla”). 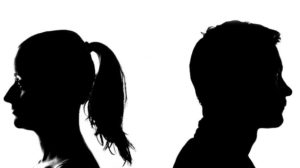 In these days of online shopping, not getting you a present must be considered a bad sign. You must really look at him critically and ask yourself does he show me physically and verbally that he loves, appreciates and care for me?

Complacency is a bad thing and he may merely like the comfort you provide, as opposed to being in love with you. He is old enough to be mature so what you see is what you’re going to get for the remainder of your time with him.

You do have to factor in that someone who is disabled recently is going to be self-centered and depressed which makes it hard to concentrate on the needs of others.

An issue with someone who is laid up is they are probably not making as much money as they normally do and this will make him be conscious of the money he has to spend on every facet of his life. He may feel a failure for not having any money.

Healing with respect to broken bones can take up to six months. If at the end of this period he is not showing you consideration as well as love and caring, then it is time to find someone else.

Leather and Lace Advice receives so many questions from distraught readers regarding gifts.  But first, what is the actual definition of a gift?  To me, one gives a gift to honor someone, without the expectation of return.

Conversely, when one receives a gift without strings (if it is really a genuine gift) it is to bring joy.  It’s not “payment” for a job.

Wanting a token of your boyfriend’s affection is not being greedy, but expecting something because you helped him out, is something else entirely.

It is wonderful that you were and are able to help someone you love recover from an injury and it would be really nice to be appreciated in a tangible way for your efforts. But you should not expect a gift from your boyfriend because you did this.

On the other hand, a man who truly loves respects and appreciates you and all you do can and should show appreciation not just with words (that’s just cheap) but with a thank you that shows he really does care.

You mention that he seems happy the ways things are and hasn’t talked about moving the relationship forward. That to me, is just as troubling as the fact that he doesn’t give you gifts.

For those without the ability to shop, there is still online shopping. So that is not an excuse for why Bob didn’t get you anything for the holidays, your birthday or especially on your anniversary.  He didn’t want to…and that is where I’m concerned for you.

Maybe Bob’s income is down, but the smallest of gestures are often the most powerful.

One of the most precious gifts I ever received probably cost less than a large coffee. My dad pulled me out of school as a surprise and took me to lunch at the famous Fraunces Tavern in NYC. There, he bought me a decorative souvenir pencil.

I have treasured it above so many things I’ve received that are bigger and more expensive before or since. It wasn’t the cost of the pencil, but the love and attention he put into surprising me and making a special memory that makes it my treasure.

You and Bob been together long enough to know whether this is a relationship for the long haul or not. Broken bones heal but broken hearts take a lot longer. Tell Bob that you need him to step up literally, and start honoring you in all the ways you need him to or he can find another “nursemaid.”