Hi Alison and Tony:  I love your advice. Now I’m writing because I don’t’ know what to do. I’ve been seeing Thom for over two years. We aren’t living together as we are both legally separated but have young children. His divorce is further along than mine, but once our issues are taken are of we’d like to marry and blend our families.  It’s taking a lot of time and the issues are emotionally and financially draining, but we’ve managed to cope. Mostly we’ve been able to connect but lately my boyfriend has been distant. It’s not anything specific, just little things – his kiss seems less intense and he isn’t as physically demonstrative. We’ve stopped talking about future plans. What really bothers me the most is that he no longer calls or texts as much as he once did. Maybe it’s stress, but could it be our relationship is in trouble? I’d like your input please. 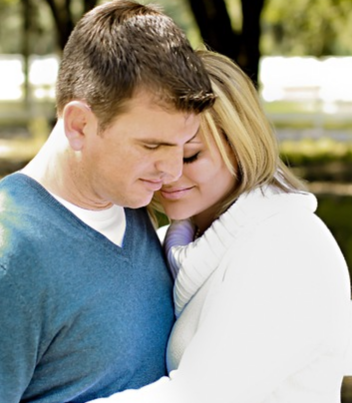 Is he into me anymore? I am just not sure

“Men tend to get uncommunicative and distant when they are busy or when they feel overwhelmed.”

Relationships where one or both parts of the couple are going through a breakup, can be very stressful.

This might be a case of women’s intuition on your part, but relationships “in transition” can be very stressful and go through ups and downs. e together, but you can’t be and you don’t know when you could have a life together.

You say you want a life together but it’s not happening quickly.

Tony and I don’t have a window into your relationship so we really don’t know what if anything is bugging your boyfriend.

There could be many reasons he might be stressed out but that doesn’t mean any of them have anything to do with you.

Your boyfriend could be worried about work, or have issues with his kids or his ex, or be stressed out about money.

Is He Just Not Into You?

Men tend to get uncommunicative when they are busy or when they feel overwhelmed.

But that doesn’t mean that Thom isn’t into you.

What it does mean is that he’s not communicating whatever it is that’s bothering him.

So you don’t know what’s wrong.

One thing I would consider is that as Thom’s divorce comes to a conclusion, he might be starting to realize that he’s not going to be immediately ready for another responsibility or commitment by re-marrying and blending families.

He may want some time alone, but he doesn’t want to tell you that.

Some men avoid confrontation when they don’t want to disappoint someone they love.

They don’t communicate, they just pull way and say nothing.

This could be the case and you really need to find out.

I disagree with Tony (see his answer below) that hugs and kissses are going to solve this.

Tell him you are worried that he is being distant, but that you can handle the truth.

You need to know where you stand.

“With many guys the only way to get then to communicate is through intimacy.”

It is not so much that Thom has lost interest in you but that he has lost faith that the situation will resolve itself.

He feels that things are no longer progressing.

Something has forced him to back off and re-evaluate what he is doing.

I would guess that Thom doesn’t love you any less but he is afraid to commit to you emotionally for fear of being disappointed or abandoned later.

This can also happen if his ex puts certain pressures on him such as screwing with custody arrangements based upon his relationship with you.

Obviously, you can’t make anyone be in love with you but make sure that you are open and loving toward him.

It’s possible that Thom trying to protect himself emotionally since he was recently hurt by the breakup of his marriage.

Communicate: It’s the Key to Everything

Communication is the key to everything. But with many guys the only way to get then to communicate is through intimacy.

It would be ideal if you could get away with him for a few days to some place romantic.

Given your circumstances, this might be hard to schedule unless you can do it over Thanksgiving or Christmas (when the children might be with their other parent).

But guys like to be held as much as women. That is how you communicate your love to him.

You just have to convince him it is his idea to hug you. This may allow you to get back into sync.