“F”  Thanks for your question.  As I read what you have written, it seems to me that your boyfriend is not so much threatened by a harmless piece of plastic as he is by the thought that you can give yourself pleasure without him, and that something other than his penis could give you satisfaction when he should be doing that.  While  it seems a bit immature to me,  the idea of a mechanical device giving you pleasure obviously is a blow to his ego and the very thing that he can do for you that he feels no one (and nothing else) could or should do.

Tony’s Take:   “F,”  You unfortunately have a very insecure male here who does not understand the use of sex toys,  nor the fact that they are far more powerful when used by him then when you use them. It was a great revelation in my early sex life in my 20’s to find what glorious things and to what glorious heights I could bring a woman’s body to with a simple vibrator. I have used vibrators successfully to bring women who normally can’t orgasm to orgasm, and to teases  normally orgasmic women to far higher levels than I can achieve in any other manner. 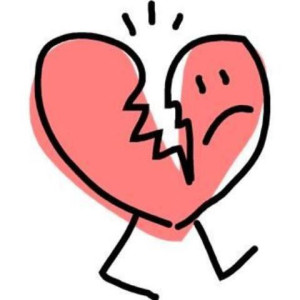 WHAT DO YOU THINK?  HOW WOULD YOU HANDLE THIS ISSUE?  We hope you’ll share your thoughts in LEAVE A COMMENT below, and click YES or NO in our POLL on the right hand side of this page. And most of all, while this reader question may not be relevant to you, maybe it is to someone you know, or another probable or issue is bothering you. Why keep it inside?  ASK US ANYTHING!  IF YOU HAVE A QUESTION OR ISSUE, OR SOMETHING YOU WANT TO SHARE WITH YOUR PARTNER BUT ARE AFRAID TO ASK, WE’RE HERE TO HELP.  We can’t read your mind (but we can read your email).  If you’re worried about someone knowing it is you, please be assured that we treat your privacy as we would wish ours to be treated. (our privacy policy). Details from reader questions are completely changed (the main issue remains) so no one will know it is your letter.  We stake our reputations on it! We can’t help you if we don’t hear from you. You can’t move forward if you don’t make a move. What’s your special kink?  What’s on your mind that you are too shy to share with your partner?  We’ll whitewash the living daylights out of your details and post it here, so you can share it and give him or her the idea to take things in new directions?  This is the moment to take action!