Alison and Tony, please help me!  I drunk texted with my co-worker and he’s rejected me

I’ve been with my husband 21 years and married two him for 17 years. We have two amazing girls, twins, in fact. They are the light of our lives. But between dealing with the  kids, and working a couple of jobs to make ends meet, we hardly see each other.  And now I’ve gotten myself into a bit of a pickle. There is a guy at work (I’ll call him Calvin) who I like, but we certainly didn’t connect in anything but a professional way. Todd has a girlfriend.  Anyway, one night I got pretty drunk and I was home alone and lonely. I was on Facebook, and Calvin sent me a funny personal message, so I replied. I was drinking and he was drinking, and soon the “drunk texts” got kind of steamy.  Then we took some sexy photos and sent them to each other.  I realized I really liked him, and we started doing this chatting and sending photos a bit more often. I let myself kind of fall for Calvin.  But ever since last week Calvin has been ignoring me both at work and on Facebook. I know that’s probably a good thing, as we were getting pretty intense, online, and I really don’t want to take this offline and have an affair (At least I don’t think I do), but I am upset that Calvin is ignoring me. I just don’t understand why he would go through all this trouble to get me hooked and then ignore me like he never wants to speak to me again.  I mean, he will talk to me at work about general stuff, but no mention of anytihing we’ve said or done with one another, and he wont’ engage on Facebook anymore.   I’m married I should not  even be thinking about another man, but I’m obsessed. How can I get over this? I went out drinking last night and wanted to text him when I got home and it was all I could do not to turn on my computer. I feel like crying. 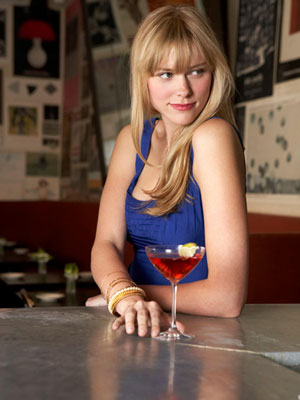 My husband’s at work, so let’s text!

Tony’s Take:  The proverbial 7 year itch like any such social phrase has its basis in reality. When you have been married to the same person for long enough you know all of their stories and have been intimate with them so often that the little failings and  irritations in the relationship become so large that you desire something different, something exciting, something that will amuse and intrigue you. This makes the relationship fragile on the parts of both participants.

By finding this person at work so fascinating, you have opened the door to your emotions and projected on this new person much of what you feel lacking is in your current relationship. You have failed to realize that this new man is not necessarily better, he is just different. And, sadly, in the fantasy you have created, you have allowed it to leak into the relationship with him which has scared him in that he feels you want him to save you., forcing him to pull away.

Alison’s Take:  There is little I can do to console someone who has played with fire and has burned herself, but Eve, that is the description you fit, perfectly.

I’m not a big fan of workplace flirtations for the simple reason that if things go sour (and in this case, they have), you are forced to see that person who has rejected you (or that you have rejected) every single day, which is a stressful reminder of what you once had. In your case, the situation is made even worse by the fact that you were doing this when drunk and bored. Calvin is now aware that you, his co-worker, tends to get tipsy and text or do inappropriate things when drinking.

You say you don’t want a real affair with Calvin, you just wanted to have some fun, but then you began to “feel something” for him.  I suspect that you are just feeling lonely and unappreciated, and Calvin’s attention stoked your libido and made you feel desired–if only for the moment.

You may wonder why Calvin stopped playing your  sexy game, but I would guess it is pretty simple. He most likely woke up (sober) and realized that playing “virtual footsie” with a married  co-worker was about as good an idea as sledding off a roof when there wasn’t any snow on the ground. In other words, he realized that you were drunk and not really thinking about what you were doing, and his own relationship with his girlfriend was (or was) being jeopardized for just a little fun,. I am sure he likes you, but I’m also quite sure he didn’t want your “relationship” to escalate. If you are honest with yourself, you know you didn’t want that to happen, either, so he did you a favor.

Men can be a bit clueless about women’s feelings, and perhaps he doesn’t realize just how far your emotions took off in the wrong direction with your online assignations, It would be nice if  Calvin would be kind to you, and perhaps offer a few words of closure to show that there are no hard feelings (e.g. “it was fun but you know we both needed to stop this so let’s just go back to being work buddies” ).  You could confront him, but then you’ll just look needy.

Eve, of course your ego is deflated, but the lesson learned is to stop drinking and then internet socializing when you’re bored, because it’s going to land you in difficulty. Get a hobby, spend more time with those amazing twins of yours, meet friends (girlfriends), or better yet, find a way to coordinate a few nights a week with your husband so that you can be with him and re-connect.   There is always a way.

Share, Learn, Explore!  If you found this feature to be useful, inspiring or think it might be interesting to someone else, please repost it, tweet it, or share it. You can also  send your relationship questions  to  Alison and Tony at Leather and Lace Advice (and Spice).  There is a  secure Privacy Policy and nothing you write  will ever be divulged. We wipe the personal details but keep the core of the question.  The Q&A is meant to help a wide variety of people so if you believe you’ve recognized the letter or situation of someone you know, trust me, you haven’t!