You missed these but you’ve got relationship issues? NO worries. Leatherandlaceadvice.com has your answers in our Double-Take” Q&A (his/hers) for relationships, friendships, love, intimacy

Living Together? This CLIO Speaker keeps the peace @ClearViewAudio

Couples fight about a lot of things, but when they’re moving in together, it quickly becomes clear that one partner is going to be more adamant about what goes and what stays, than the other. Ask most audiophiles, and they’ll admit that their … END_OF_DOCUMENT_TOKEN_TO_BE_REPLACED 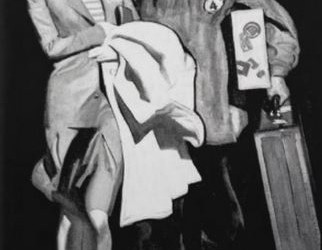 He offered a free trip to Paris but I hardly know him, should I go?

He offered me an all expenses paid trip to Paris but I don’t know him well …Should I Say Yes? I met David a few months ago and it looks like things are moving forward in a positive way, but I was caught off guard when, last … END_OF_DOCUMENT_TOKEN_TO_BE_REPLACED

Truth or Dare? What else isn’t she’s not telling me?

I am a 28 year old lesbian woman who has been dating a new woman for about six months. But last night we were playing truth or dare with some friends, and she said that she had been a stripper in college, and dating a lot of the male customers. I … END_OF_DOCUMENT_TOKEN_TO_BE_REPLACED