We Keep Breaking Up But This Time It’s Different:  He Won’t Call or Text Me!

It has been over three weeks. Why won’t he call or text me?

My boyfriend and I have been together about two years. I wish I could say things are going well but we have a pattern of getting along for a few months and then months we break up and then I will say something that upsets him and he breaks up with me over it. Then we make up. I guess we love each other so we keep coming back as a couple. I am honestly not sure why he gets so mad at me but I always take him back. I put up with this mostly because I want him in my life and I know I’d be so lonely without him. But the fight we had a few weeks ago was different. We were hanging out with some friends and he screamed at me in front of some of them accusing me of talking about him.  He stomped away and hasn’t returned my calls or texts for three weeks now. I wasn’t talking about him and I need to explain, but if he won’t communicate, how can I?! I finally got one text saying he needed space and time.  I didn’t do anything criminal or that horrible and this is so unkind and unfair. How can I get him to communicate so we can fix this? 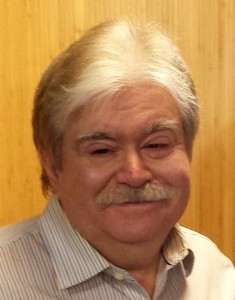 Sonya,  I wish I had better news for you, but as a guy, looking on another guy’s actions, he likes you but is not serious about you.

Those issues you keep having are his way of using normal relationship behavior by you as trying to tie him down and therefore he has to break free again.

It is obvious that he either has fun with you or you are great in bed because there is something which keeps drawing him back.  But Sonya, it is not enough to hold him.

This latest fight (over nothing) was not about what it appeared.  Your boyfriend has finally decided to make a break of it permanently,  and this fight is just the vehicle he used to escape the relationship.

Do not beg. Self-confidence and looking your best are  A) The best form of revenge and B) the only things that might possibly attract him back. 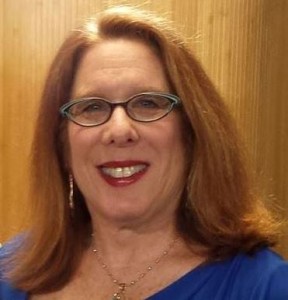 They say silence is golden but in this case it isn’t.

Your boyfriend is being silent because he doesn’t want to tell you that the relationship is over and hear you  beg and cry.

Men cannot stand to deal with a woman’s tears and distress. It is a documented fact that a man’s testosterone level plummets when he hears a woman crying.

So it is also possible that he knows the pattern:  the two of you will make contact, you will plead and beg to get back together.

Once again, he will cave and agree.  And the pattern will begin all over again.

Perhaps he has finally decided he doesn’t want to do it anymore.

When a relationship has a pattern like yours, it is clear that there are underlying reasons of incompatibility that you likely cannot change. Tony and I don’t know what they are, but it is clear that your pattern of frequently fighting, then breaking up and making up is a toxic one.

As your relationship shows, you can love someone but not really be “right” for them in all of the ways that count.

You say that you are lonely. That is something you can do something about.

Instead of sitting at home by the phone waiting for a call or a text that may never come, doesn’t  bring the positive response you hope for, start getting busy with other things. See your friends. Volunteer.  Focus on your work (I know it’s hard but it’s possible).]

When three more weeks have passed, if you still haven’t heard from him, I pronounce that you are officially single.  I also would like you to consider that you are actually well off out of a relationship with a man who won’t give you the respect of closure.

Start checking out the online sites and have some fun with social apps.  Go slowly at first and see the wealth of men out there just waiting to meet you who will be very eager to call and text you!