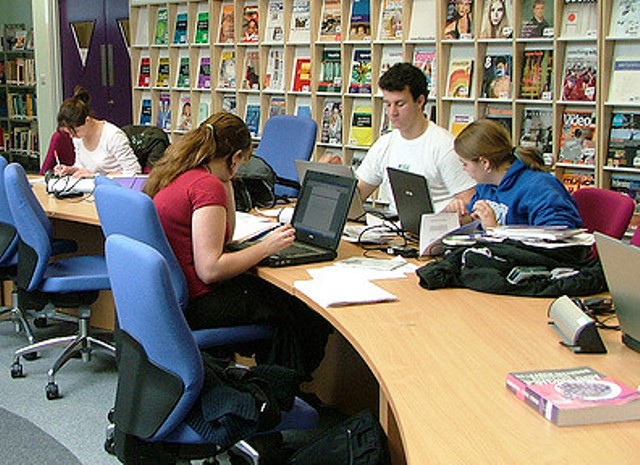 we work well together in study group, so let’s be a couple, ok???

Question: My girlfriend (Miranda)  and I have known each other a couple of months, and we hung out for a while together, but we’ve only officially been a couple for a week. They say opposites attract, and I had hoped that would be great for us as I am shy and quiet, and Miranda is a true extrovert. I really admire that. When we first met it seemed we had a lot in common in terms of goals, values, and interests, We were in a study group so we spent a part of almost every day or evening together. I’m graduating this year, Miranda has a year to go. We both want a stable relationship, and I think we kind of missed the wild and crazy in love stage, but we miss each other a lot when we’re not together. We’re from different races and socio-economic backgrounds which is interesting.  She is from a large middle class family and I’m from a small family that has always just scraped by.   While Miranda is outgoing, she is not demonstrative (e.g. touchy-feely) and she doesn’t really say much about how she feels about me. I think I know, but it kind of bothers me that she doesn’t say she cares.  She is also very studious.  Now that we are a couple, she seems to have no time for me other than for study group. s We have only officially been a couple for a week, and I’l already worried that there is less between us than I originally thought.  Perhaps I made a mistake to go steady with her???

Tony’s Take:  Although Robert doesn’t list his age it is obvious that he is a male in his early 20’s. His intended is a female who appears more mature than he is, since a male does not grow into responsibility and maturity until his late 20’s. What he seems to be saying is that after the initial blush of new love, he has found that her being a serious person is causing him to view her more as an authority mother figure than as the equal lover that he wants.  Even he says he wants to settle down he still really wants someone to play with and his inability to bring out the “fun” in her personality is going to lead to increasing isolation and an awkwardness that will translate into problems in the bedroom and with communication.Unless one or the other of these two realizes the disconnect that is going on, and actively moves to fix it, the divide will keep getting wider until it either breaks or until it turns into a passionless accommodation. We can hope for the best, but when the hugging and kissing stops, nothing good follows.

Alison’s Take:  I can’t say that completely I agree with Tony, who is offering serious psychological mumbo-jumbo and a glum future for these two.  What  I take away from the letter we were sent is that Robert and Miranda are in school and met in a study group.  Since they never dated, they didn’t pick up on the kinds of clues about each other that you get when you socialize in a dating situation.  Now that they are a couple, Miranda is continuing to act as she did when the were not a couple, studying hard and seeing him when she can, but not focusing on him. She is a serious student and having a boyfriend is nice, but secondary to her goal of doing well in her education. Robert feels somewhat surprised (not in a good way) about this.  I guess he assumed that once they were an official couple she would change and he would be her focus.  He says in his letter that he and Miranda have a lot in common, but this is an obvious clash of goals and values.

What was fun and easy, no strings and no obligations, has already started to become an issue for Robert, who is shocked to see that  what he wants and expects from a romantic relationship is quite different form his new girlfriend’s. This might be due in part to the cultural and socio-economic difference Robert mentions, but also due to their different personalities.  Usually it’s the woman who requires more touching, adoration, praise and assurance, especially in a budding relationship, but in this case it’s Robert who requires it.  As outgoing as Miranda is in public, she hasn’t understood yet what her new boyfriend needs from her emotionally.

This relationship hasn’t been official more than a nano-second. If Robert and Miranda can learn to communicate their needs and desires to each other and compromise, they may have a chance as a couple, but their personalities won’t change. This couple must work very hard to give  one another what is needed to make life satisfying together.  If they can’t do it, the relationship will quickly fall apart.