My Boyfriend Doesn’t Want to Do Anything, Anymore What’s Wrong With Him?

Leather and Lace Advice received three letters from readers that raise similar issues, that of partners who used to be “into them” and now don’t even want to leave home or do anything.  We’ve changed the names and situations to preserve privacy, but the core questions remain the same:  when a partner suddenly changes, what’s wrong?

My boyfriend is great in many ways but I’ve noticed a pattern. Every time I suggest something that’s a little bit different (e.g. a road trip, vacation, an “adventure”) he just says no or finds an excuse why we can’t do it. I have tried every way I know how to get him interested, even offering to do cheap and free things but he just says we can’t.  What am I doing wrong? How can I get him to finally agree to something I want us to do that’s different?  (Tammy)

My partner never takes me out, even though we’ve been together over a year. We don’t even go for a walk unless one of his friends suggests it and insists. “Troy” hasn’t ever given me a gift, even though I have bought him things. He says he doesn’t like to make plans because the weather can mess them up. I have tried to be specific about the places I’d like to go and that I’d even like a small token of his affection, but he just brushed my comments away. These days, even going out for groceries seems exciting. I’m so bored. Any ideas? ( Annie)

My boyfriend and I have been dating for a year. He used to give me gifts and seemed very infatuated with me. Whenever I wanted something all I had to do was ask. Now he’s still is loving, but he doesn’t initiate anything. I have to bludgeon him to get him to move off the couch as he never wants to do anything. He will just agree to what I want but won’t suggest anything. I feel like I’m the only one who wants to do stuff together.  I have told him many times how much I’d like him to take the initiative, but after he does it for a short while he stops again.  I just feel that he’s not that into me as before.  What can I do?  (Karen) 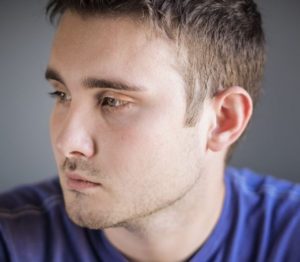 Sadly on this question, I’m going to have to take the negative view of these situations.
There are three reasons a boyfriend will never do anything with a woman and all three of them are bad for the long-term aspects of the relationship.
The first and most obvious is that these guys are just lazy and so depressive that they have entered into a mindless existence where they need do nothing but come home from work and be entertained either by their partner or by the television.
Note here that people who spend all of their time at home are very often trying to avoid bigger problems and bigger issues and decisions in their life.
Another common reason men behave this way is that they are considering you like a utility, like the lights or water.  You satisfy basic needs for him, but devoting quality time being alone with you is not something that he desires.

Less obvious but perhaps just as compelling, is that he feels he is settling with you.

In other words, he doesn’t want to show you to the world because along the way he has lost the woman he truly desires.

You are a nice placeholder but he is not inspired to deepen the relationship because he feels ultimately you will be gone.

Tony’s three reasons are all depressing and sound imminent doom for these relationships. I really wanted to be more positive, but honestly, I can’t.

Men don’t always talk about their feelings easily, but their actions will speak volumes.

The thrill of the hunt is energizing to men. They’ll move heaven and earth to get the girl.  When the bloom falls off the rose, a lot of men don’t feel like they need to try anymore to keep the relationship vibrant, because they already “have you.”

In these situations I think it’s more than that. Your partners have become uninterested and have issues with continuing or deepening the relationship.

You’ve probably heard the saying “You can lead a horse to water, but you can’t make him drink.” In this case, it holds true.

Perhaps these men don’t feel like making an effort because they don’t feel that they deserve to be happy.

But since all three of our readers say their boyfriends are good to them in other ways, the best thing they can do is have a serious discussion about how their partner is really feeling.

At the same time, you once again should assert that you are feeling stifled by not being able to share the larger world with him.

If he ignores you or gets defensive, you really have to consider where your relationship is heading.

The fault isn’t with you, so even if the outcome isn’t what you want to hear, do know that.