Hi Alison & Tony (Leather and Lace):  My husband Brian and I have been married for 7 years now. We got married young and we’re in our mid 20’s. But while I love having sex and watching television with my husband, I’d like to do something different now and then.  I’ve suggested all sorts of things that I think he’ll like, but he always says my suggestions are weird or stupid.  There are things that he’ll do with his friends, like playing basketball, but they are highly competitive and I’m not, so he doesn’t think stuff like playing tennis or even mini golf is fun with me.  If I suggest something I am sure he will like he will come up with all sorts of excuses such as he doesn’t have the right clothes.  He likes video games, but won’t play with me. He has a high-stress job so I get that he might not always be up for recreation, but it’s like, never!  I know you can’t change someone, but he doesn’t do celebrations, holidays, or surprises.  He knows I’m really into all of these, so how can I get him to see that we need a compromise here? 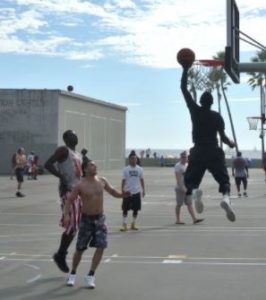 One of the single greatest problems of marrying young is the immaturity of the male partner. The issue here is that you no longer inspire him. You are no longer a challenge He doesn’t need to keep you interested and therefore takes you for granted.

In effect, you have become his mother with the side benefit that he doesn’t have to go out trawling for random hookups in order to get laid.

Sadly for your marriage statistically you will likely have a major affair with someone who actually cares for you and about you as opposed to a husband who has become a roommate.This is not good and there are very few ways you can change his attitude short of dressing up in a leather corset and getting yourself a whip.

He will really not grow unless his life is stressed. If he is the sole breadwinner in the house then he has control. If however, you also have a job and an income you might try kicking him out for awhile. He can come back when he starts treating you like a person as opposed to treating you like an object.

If you stay together it will be a decade before he realizes that there is more to life than beer buddies and basketball.

I don’t disagree with Tony, but I think kicking him out unless you are through with your marriage, is a radical step. There are some things you can, at least, try.

For starters, recognize that he isn’t going to change radically, even if he loves you. This kind of solitary existence is apparently built into his personality.

However, you are married and have been married for some time. If this man doesn’t know of your unhappiness by now, he is truly a moron.  Assuming he is not, he seems to have forgotten that marriage means compromise and learning to meet each other’s needs.

Are you meeting his needs? Assuming the answer is “yes,” (only you know this) then Tony’s assessment that he is selfish and immature, is a given.  It is up to you to let him know that you’re tired of this, and if he values your relationship, he’s got to give…at least a little.

I would not ask, I would just tell him that you’ve scheduled something for Saturday afternoon and he should put it on his calendar.  Or make it more specific. Tell him you scheduled an hour at the local rock climbing wall (or whatever you want to do) and that you’ve paid for it and you expect him to go.

As to his activities with his friends, perhaps you can talk to them and ask them to help your husband understand that he’s got a very unhappy woman on his hands. Instead of going to play basketball, ask them to say they’re busy. Or, barring that, get the wives and girlfriends together and go down to the court and act as official cheerleaders.  When the game is over, everyone goes out for a beer.

If none of these things work, he’s not into you.  Counseling might help, or it might be time to re-think “forever” with Brian