QUESTION:  Hi Alison and Tony, I’ve been with “Mitch” for three years. We are both in our young twenties. We are expecting a baby very soon. Mitch and I both have issues but Mitch has it worse than I do.  His abusive father committed suicide and his mom isn’t a supportive mom with her own issues.  My main worry about Mitch as a father is that he makes plans and then never follows them through.  He offers to help me, but then he doesn’t do it. When I realize he’s not going to help, I’ll do whatever needs to be done myself. However, then he gets upset with me. He never ever comes home when he says he will, and he’s been plastered and out all night way too often. Mitch says he will be different after the baby is born, but he’s never kept a promise, so I just don’t’ believe him.  I know Mitch is really immature, but my “baby BAE” and I love each other. I know we really aren’t ready to be parents but this baby is coming in a month.  I’m not sure what to do to move forward but I’m scared and really really unhappy. Can you help? 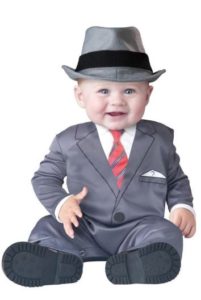 I look like a man, but I’m really still just a baby!

If you are 9 months pregnant, your and your boyfriend are going to be parents whether you, or he, or both of you like it or not.

It’s unfortunate that the issues you have with Mitch are the ones you really should have talked about and resolved before the baby shows up. Maybe this just slipped your mind.

No matter what, you’re smart enough and responsible enough to know it’s time to deal with it.

Your boyfriend is immature. He’s a baby about to have a baby and probably isn’t ready to step up and be a father.

Clearly, he’s not even mature enough in the relationship to be a helpful partner.

You have also said that he didn’t have good role models.  That is unfortunate, but you can’t be the therapist that solves his issues.  Therapy for him, and as a couple, might be helpful, however.

The situation as it stands that you really should start looking for support systems that do not include this man.

Do you have best friends, parents, siblings or co-workers who can step in and help you?  If so, line them up now, because my guess is that your boyfriend is going to disappoint you when he doesn’t behave the way you’d like.

I don’t know if your baby was unplanned but you intend to keep the child, do know that there are plenty of people who raise children on their own. This might be something you want to think about.

If your boyfriend comes around and “mans up” that’s great. If he doesn’t, get those supports in place from others, now

Men today in their 20’s tend to be immature in today’s society. I’m guessing that your multiple issues with Mitch were created by his young age and his family issues.

I’m assuming that his mother didn’t give him enough direction when he was growing up was lacking because she was abused and subservient.  Now without someone to direct her life, she is not able to give him that kind of support.

Finally, you are more mature than he is because most females are emotionally three years older than her physical age. So….you have a boyfriend who is treating you as if you were his mother not his girlfriend.

When you have a child your life is no longer your own. Your life is entirely what that child needs, making it safe and making it happy.  Your boyfriend has not yet grown into this.

It will take him a couple of more years to become a person you can respect and depend upon.  However, given his history, it will probably be 27 before he is mature enough to be the partner you really need.

As Alison says above, your best bet might be to get support from others around you until your BAE stops being such a baby himself.
/