My boyfriend “John”  and I have been going out for about a year. We’re both in our early 30s. We live about an hour away from each other but see each other just about once a month because of my work schedule. When we do see each other we stay inside, have sex and after a few hours he leaves and goes home.  He could move into my home with me, but he is reluctant to do it. Worse,  he won’t give me a reason. John works for a trucking company and he’s sharing an apartment with 2 roommates. He can get another job where I live.  I guess he doesn’t adapt to new situations easily and yet he says he loves me and wants kids. As time passes, what I really think is that he likes things just as they are. I want to move forward and want to know if I’m wasting my time. What do the two of you think? 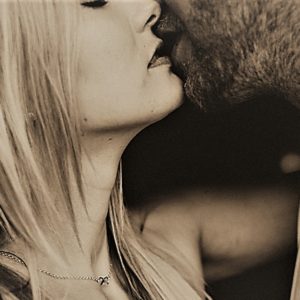 As we have stated before many guys are not willing to give up their youthful ways (e.g. hanging out with the guys, drinking, etc.) and get married until they hit 30. That’s when they start getting serious about relationships.

Your boyfriend may be a late bloomer as he is not yet serious about being in a relationship yet. Rather, you are like his girlfriends from his 20’s. He sees you when he has urges and the rest of the time he’s out with his friends or whatever else tickles his fancy.

Ultimately he may be serious about wanting kids and wanting to be together with you.  The important thing is that for the long term he becomes your best friend since he will be with you much of every day for the rest of both of your lives.

At this point, this is not happening at a level that would support a stronger commitment. You could simply be a booty call.

What is most disturbing is his unwillingness to talk to you about it. This means he is hiding something from you.

You didn’t mention anything about his family, so it must be an issue with his friends or ex-girlfriends. In any case, the secrets he may be keeping about either of those spell long term big problems.

Turn the tables and start visiting him on a regular basis. With two roommates he will be forced to go out and actually do things with you. Ask him about places and activities he likes. It’s all in the name of just trying to get to know him better.

Here’s the bttom line:  You have at most two years of your very precious childbearing period to devote to this guy. If he’s not willing to step up you need to find a real partner and someone you can build a real life with.  This kind of relationship is a half-life that will ultimately make you very sad and very unfulfilled.

If John is happy to just come over and have sex and leave, even if he says he loves you, but he prefers to live with roommates an hour away from you, you may be a booty call.

It wasn’t surprising to me that Tony and I see your situation in similar ways. But I’d go one step further. Your issue is not just one of a lack of communication, trust, and respect, but also one of a man who clearly isn’t ready to commit.

Long distance relationships are difficult at best, but actions speak louder than words. You put up with his sex-an-run tactics. Until you stop allowing this behavior and grow together in other ways, it’s going to be difficult to figure out if your relationship is (or can be) something more.

You can fix this, as Tony suggests. When was the last time the two of you did something interesting together outside of your home? If you don’t insist upon going out and doing things together your relationship will get stale very quickly.

Next time he comes over, grab your coat and meet him at the door. Don’t let him in for sex-and-dash. Go to the coffee shop where he will be forced to talk, not just grope you and leave. Take a walk, discover something new.

If he balks and sulks, your answer is obvious.