my live-in boyfriend has a television addiction 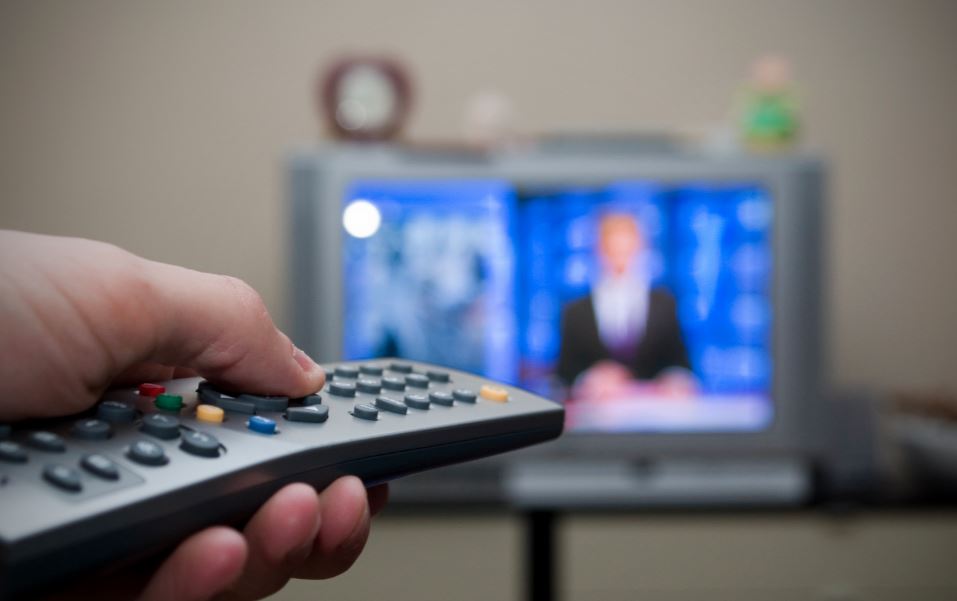 honey, please put down the television remote and talk to me!

My live-in boyfriend has a television addiction. We dated for a long time, and finally moved in together. Before that,my boyfriend had just started a new job and really didn’t have a lot of time for socializing. When we spent time together he would focus on the two of us and rarely turned on the television.  Now that we live together, it is on all the time. The moment he gets home from work he turns the television on, and if it’s not television he’s watching something on his computer.  On weekends, he gets up and watches constantly unless we have to leave the house.  I didn’t grow up with the television constantly on and I just watch a few shows each week. Truthfully, that noise and the flicker of the TV screen on all the time makes me anxious.  My boyfriend does communicate, some, but most of the time I think his attention is  on the television or computer screen, or he has his face buried in his phone.  He says he likes the background noise, but I find that it makes it hard for me to concentrate. I’m working towards my real estate license and it distracts me.  I don’t think my boyfriend is stupid or lazy, as we used to do plenty of things together, but I’m wondering if we have a future together if all he wants to do is watch TV?  I have tried to talk to him about his addiction,  but he denies he has a problem and thinks I’m crazy.  How can I handle this, or should I re-think being with him?

Tony’s Take:  The issue here is much much deeper than your boyfriend’s addiction to watching television.  It is a matter of goals, and philosophy of life. You are working towards advancement in your career, and studying so that you can expand your horizons, and responsibilities so that you will keep getting promoted. Your fiance on the other hand, has no real interest in the world. He’s not interested in advancing himself. He is not interested in finding fun things to do together. He is basically lazy and wants to be entertained. Your goals and hopes are not compatible. He is not working towards that next advancement at his job. He takes what comes, He is not talking to you, which has to be frustrating because people need to talk, to relieve stress and to have a sympathetic ear which he is not supplying. Your problem will be if you have children, will he step up? At this point in time, you will have to guess no, so you will end up having two children to content with, not just one.

We understand that a number of children since the advent of television have had television used as a baby sitter, it was on constantly. They are quite ok with that. The problem is that it diverts their attention. They do not read nearly as much as children who have grown up more conventionally, and have a harder time communicating directly with other people. They can only deal well with groups who are babbling constantly with each other.

Sadly, you will never have a Sunday morning in bed, sharing the Sunday paper or a quiet time where you are both reading books. Therefore I would consider whether these things are important to you.

Alison’s Take:  My own husband is one of those people who likes background noise, while I simply cannot come up with one coherent thought when there is a radio or television, blaring in the background. Like your boyfriend, he says it is simply a way to relax. And, like you, I find that the noise makes me somewhat anxious.  But does this constitute an addiction? Not really.

I am not sure I agree with Tony that your boyfriend is a lost cause who simply doesn’t have any initiative, but someone who cannot live without outside stimulation and who does not seem interested in doing things outside of the home, does have issues you should be aware of  (read: I’m Bored: All My Live-In Boyfriend Wants to Do is Stay Home and Watch TV!  and read: Bonded to My Boyfriend, but I’m Bored and Lonely  and you might also find some insight in the Q&A:  We have nothing left to say to each other. Is our relationship over?  )

Now, assuming your boyfriend is someone you’d like to continue living with, you will have to make some adjustments, as everyone has different styles of relaxation and enjoyment. When is too much television a deterrent to your relationship?  I’d say just about the time you wrote to us, because it has obviously become seriously upsetting to you.  As Tony suggested, if your boyfriend grew up with the TV on all the time, it’s natural to him to have it on.  You’re not likely to turn him into a bookworm who silently reads or converses lovingly with you all evening long. However, if he cares about your comfort levels, he needs to make some adjustments as do you. This is called “compromise.”

My husband and I live in a small space, and my office is in the room with the television. I have been married a long time, and I know that husband is an interesting man who really does have more going for him than just going to work and sitting in front of the television. He has a very high stress job, so when he comes home I let him turn on the TV to the news, political shows, and other “talky” types of things. While it distracts me, I have learned to get most of my work done when he isn’t home as I know my productivity will drop when he arrives.  I also know that this is the time we should be spending some time together, but most men do not want to talk to anyone the moment they get home.  My husband knows that I will give him this decompression time and that I will literally leave him alone until dinner. After dinner, either I try to tune out the television (if we’re not watching something together) or I try to ignore the noise and continue to do something else, engaging in conversation with him as appropriate.  My only other choice is to go into another room to work. I’m assuming you may have another room in which to do your studying?  We converse with each other in meaningful ways when we are out of the house, and he knows that this means not sitting home all the time or staring at his phone.

As long as your boyfriend knows you’re not trying to be “bad mommy” and take away his TV, he is likely to discover that he doesn’t need so much of it, and is likely to leave the fantasy of the screen for the reality of a loving girlfriend. Good luck! 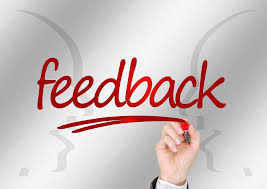 HOW WOULD YOU HANDLE THIS ISSUE?  This reader’s question may or may not be relevant to you, but it might be for someone else that you know. Leave a comment and weigh in on the issue.  And, if you have a question you want to ask us, we have an advice form you can fill out for that. If you’re worried about someone knowing it is you, know that only the core of any question remains so there is no way for anyone to think it’s you — and it absolutely isn’t !  We treat privacy as we want ours to be treated  (privacy policy). You can’t move forward if you don’t write to us, so this is your moment to click that advice form link and  take action!