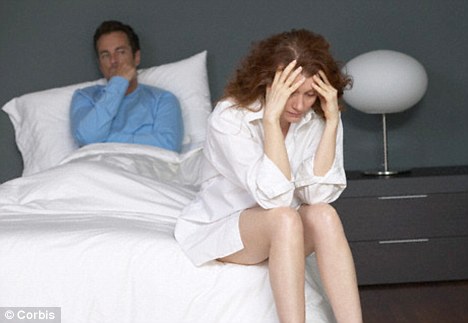 Bonded to My Boyfriend, but I’m Bored and Lonely

I’m a mess and I don’t know how I can fix things. I have never written to advice columnists before but the two of you seem like you might be able to help. I’m middle aged, and so is my boyfriend. We’ve lived together 6 years. In the beginning he was very attentive, but for the past couple of years he doesn’t seem to care about me at all. He’s all about himself.  He says he loves me, but he doesn’t show it. He just sits on the couch and watches TV, and doesn’t even talk to me although he likes to have me around in the room.  And frankly, our sex life has completely tanked. He doesn’t have one spontaneous bone in his body, and schedules sex like he does our physical trainer.  On our last scheduled “sex night” he tried but we ended up frustrated and we said some really unkind things to one another about sex. I ended up crying all night and he was sullen and angry. I don’t know what to do anymore, I’m so bored and lonely and hurt. I’m so sad when I think about all the hopes and dreams I had for this relationship, and now it seems like it’s all evaporated.  I try to talk to him, but he just doesn’t listen and doesn’t want to try to make things better. There has to be more to life than this, but what can I do besides leave him? I’m not getting any younger and he is someone I really love, so I just want things to get better.

Tony’s Take: Natural is very cruel. It increases the feminine libido and desire for intimacy as she ages (in order to increase the chances of getting pregnant with a reproductive system which is slowing down), at the same time that the male libido and the resultant desire for intimacy is declining. This is the cause of the rise in awareness of, for example, “cougars” who desire younger men to satisfy them as the older men cannot.

It is clear that your partner’s desire for sex has declined. It is however, important to identify whether it is just you, or all sexual contact. In this context his masturbation or going to a strip club, for example, is a mixed blessing. It may increase his interest in sex, but also if done to excess will decrease his ability to perform. So if neither of these things are true, his whole interest in sex has crashed and therefore the contrived situation of the “date” is the only way he can gather enough interest to perform.  If this is so, your real problem is that he will be defensive and sensitive about his lack of interest and thus his inability to perform.

If this is really important to you as it seems to be, you must take more of an aggressive role despite it being against your normal nature. Your greatest weapons are your mouth and hands. Lightly caressing, touching, kissing, stimulating, squeezing.  You have to show him your excitement and passion. You have to encourage him to touch you intimately as you touch him intimately. The key here is intimacy, not sex. If you can inspire the intimacy the sex will happen.  Use your excitement to help generate his excitement.  By being on top you can control the action and you can use him to excite yourself  without requiring physical effort on his part which would cause him to lose concentration and interest.

The heartening thing for you is that he does enjoy your company and he does like it when you are there. But, as any psychologist or doctor will tell you, sitting on the couch and watching television to excess will destroy your stamina, interest in the world, and make you a dull person. You need to get him out of the house more to do things even if it’s only a walk, or some activity, even the movies.  You need to build up experiences outside of the house and if you or he have friends you need to see them more because there needs to be more stimulation in both his and your life.

Alison’s Take: Barbara, wishing and hoping for things to be different doesn’t make things change. And while Tony brings up some important points, but I can’t help thinking that there may be more to your “disconnect” than just sexual issues. When a couple has been together for a while, it is easy to take each other for granted. Things are going reasonably well in the relationship, and slowly, the intensity of your interest, just wanes. And, as we mentioned in another Q&A, Sometimes, especially if you jumped into a relationship with someone, you might suddenly realize that once the lust is gone, you really don’t have a lot to keep you together, and you think:” What did I ever see in this person?” (Read: We Don’t Have Anything in Common – Do We Have A Future?).

Another thing that might have happened is that after a while, even if you do care for each other, you know that your partner is bonded to you and therefore you feel that you don’t have to try so hard to impress, amuse or entice him or her.  This seems likely in your case, since you say that your boyfriend does like your company, even though he’s not big on interacting anymore.

Still, I think that there may be other issues that are bothering him that have little to do with you. Men aren’t always communicative, and they often don’t want to be. There could be issues at work, with aging parents, with self image, and a host of other things that might be making him feel like he just needs a “rest” from the rest of the world. When he comes home, the couch and television become and easy and safe refuge. He wants you in that little refuge, but he doesn’t want to be bothered, either.

Tony suggests that you be the one to take the initiative, and he is correct. No matter what the issues, and you should investigate all of these ideas, it still takes two to tango (so the expression goes). If your boyfriend doesn’t want to dance, it will be you who has to persuade him that if he doesn’t, he may be watching tv and sitting on the couch, alone.