Leather and Lace Answer Your Question! 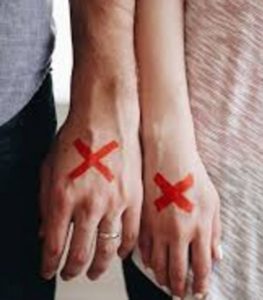 Tony’s Take:   This couple has two related and very bad problems. The first is that they don’t communicate with each other on any topic which involves sexuality. Because of this, each has now isolated themselves and hardened their positions about what will work in the relationship.

This has led to a situation where this couple is at best, friends, but are acting more like roommates than lovers and life companions.

It’s a very hard problem to solve. If the wife wanted to solve this issue and money isn’t an issue, a therapist versed in sexual issues would normally be necessary. The wife’s background either religious or family has set her strict limits on her behavior. She’s obviously not passionate about her partner and doesn’t feel the necessity of touch. She has unilaterally decided that sex is unnecessary for both of them.

This is not to say that “Craig” is not at fault also. He needed to encourage his wife at all times physically, with touch, kisses, and hugs, and with flat out intimate touching on a random loving basis to ensure her that she is still desirable and to boost her libido. Instead, he has moved to fantasy.

If Craig’s wife was ever happy and expressive sexually in the relationship perhaps it can be rekindled. However, if she was never happy and just going along to get along, without having the passion for it, then there is really no hope that this relationship can be fixed in the future. 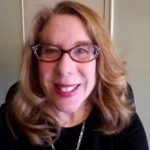 Alison’s Take:  Most people miss sending us crucial details when the write and we have to assume some of what their situation may be. Since we remove all of the personal details from every letter so only the core of any question remains, we are making some assumptions with Craig and his wife because the general question is a serious one that many couples face.

Obviously, I can’t read Craig’s wife’s mind to know what she feels or felt about sex with Craig.  But surely Craig must have figured out early in their marriage what her feelings are. And, since Craig says his wife isn’t adventurous to begin with, surely begging her to be naked with another man, let alone have sex with him, is a huge stretch!

That said, perhaps it wouldn’t have been completely out of her comfort zone to try adult toys with Craig, or try some other types of non-threatening role play.  have no idea whether or not he ever made these suggestions but after 20 years, I can see how it might strain their relationship now.

If Craig wanted more variety, he had 18 years to try to get it.  So one has to wonder if he also went along to get along and never made any suggestions that might strain their relationship.  Asking her now, I can see how it will definitely cause her to back away.

But I think there’s more to Craig’s letter. When a woman withholds all of her affection (especially if she insists on controlling when and how they have intimate relations), it’s often not so much because her libido needs stroking (as Tony suggests)  but because she is furious about something that she is keeping inside herself.

Withholding her affection is how she lets her partner know how angry she is, without discussing it.

While good communication (with or without a therapist to guide them) might solve Craig’s longing for connection with his wife, the problem is that once a barrier is up for a long time, it’s hard to break it down.  Still, hugs and kisses aren’t going to get Craig’s wife to do anything he wants, if their underlying problems aren’t solved.

*readers: do you have an opinion about this? We’d love to hear from you.